Mistakes we so often make on The Path (Part Two) 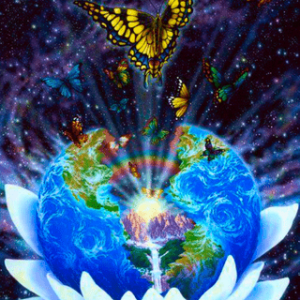 One of the mistakes which most of us make on the path of spirituality and on the journey that it entrails is when we try to follow a particular routine that works for somebody like magic and we hope that by following the same schedule we too shall reap those benefits. That is why once in a while everybody jumps on a particular bandwagon hoping to replicate the same amazing results which others have garnered.

When we ape somebody else or follow directions that have been given to one and all, like a factory production line, we may actually do more harm to oneself than soar.

My mother would always tell me that, ‘don’t start something which you cannot keep up for the rest of your life’. Which means, we shouldn’t start a ritual or a procedure that comes forth but very unnaturally, where we really need to do cartwheels and bend backwards to accomplish that act on a daily basis. Nine out of ten times we will drop the routine or the discipline mid way; whether it is after a few days, weeks, months or sometime or the other. At least it has happened to me more often than I care to remember.

It is only when I have integrated what I want to do with my inherent nature and nurtured it with my bleak inherent strengths that I have been able to assimilate that particular routine as a part of daily life.

Thus, I have learnt that I need to go about doing things which come naturally to me or make alterations to my life or my day to day wanderings in such a simple and effortless manner that I can include the new thing for the rest of my life.

Bear with my ramblings. In case you are reading this article obviously you have not set very high literary goals for yourself or your life, so any way, let me continue. Let me give you an example. I am inherently from childhood a night person. Staying awake in the night comes naturally to me. Most of my books have been written at night. I am sure that if I had written them at the crack of dawn I would have written them at a much faster pace and in a more lucid manner. My body would have rested and my mind would have been centered and words would have flowed more creatively, I assume. Please understand that I would love to get up at dawn and see my side of the Earth face the Sun, and then go for a walk and do yoga and pranayam and eat healthy and early to bed and early to rise makes Jack healthy and miss out on all the action. But what to do. I have since I was an infant stayed awake and being a social animal kept everybody else also awake. Since I got sucked like a moth into the flame of this strange animal called spirituality I have understood how important Brahma Mahurat is. Brahma Mahurat is considered the magical period, one and a half hour before sunrise is considered by Maharishi’s as Brahma Mahurat. Normally we take it as four or four thirty in the morning but in reality it is one and a half hour before sunrise. So if the sun gives us the optical illusion of rising at six then Brahma Mahurat would be around four thirty. But if sun break is at five thirty then I would like to believe that Brahma Mahurat would be around four and if the rooster were to go all nuts and screech its lungs out at five then Brahma Mahurat would be at three thirty, so on and so forth.

Yes in cities it is best to wake up at four or so no matter what time our side of the Earth decides to face the Sun, as noise starts early, but if you were defrosting yourself on a mountain, then I would safely say that an hour and a half before the illusionary sunrise is Brahma Mahurat.

I know for sure for elevating my soul and writing less bilge it is best that I wake up early but the problem is no matter how hard I try I can’t elevate my mangled body out of bed. Alarms have come and alarms have gone. Unless it is an emergency life doesn’t fascinate me strong enough to haul my..you know what, out of bed and go about life breathing from one nostril. Yes, yes, yes, it is very beneficial to my body, heart, mind, soul, waking up early, but sirji what to do I sleep after three, many Brahma Mahurats have come and gone, Ruzbeh bharucha has blissfully snored through all of them.

Now I either need to have serious discipline and dedication which means I need to turn my entire life around just to wake up one and a half hour before sunrise. It’s just not waking up at four thirty or five, it’s everything that takes to get up at that beautiful hour and I need to be phenomenally disciplined to go beyond my inherent temperament, nature and be able to wake up so early.

Believe me I have tried it. It’s not about waking up early, it’s about going to sleep early and that is where my problem is and if I don’t go to sleep early, it becomes increasingly difficult for me to go about this battle to wake up early.

All of us who are trying to go beyond our inherent nature, might fail or keep see-sawing and then frustration sets in and the blame game comes in and then complexes enter and I have seen many people leave meditation and prayers, as they feel if they can’t do something this simple as waking up early then something is wrong with them and that they obviously are not meant for this path and unfortunately they let go of all prayers and meditation as somebody has told them that this is the only time to truly meditate and pray and have your meditation and prayers fructify.

Or they wonder how come when they were at an ashram or a meditation camp did they wake up nice and early and all happened effortlessly and why at home do they go back to their earlier routine and the answer is simple. Ashrams and meditation camps are created to enhance one to lead a life of a yogi. The food, the aura, the ambience, the mind frame, the schedule all lead to various disciplines. So early to bed and early to rise and blah blah. Everything is satvic. Everything is magical.

And then you come home and reality hits you nice and hard. Your spouse snores like a battle ship. Your son is watching television outside that could wake the dead from the grave. The food you ate was so delicious that forget your stomach even your brain needs to chip in to help digestion. Some maniac outside is driving a vehicle with music so loud that the very hair on your toes stand scared out of their wits. You have a hectic day ahead. Your cook should have been strangulated at birth. Your colleague could give satan a blasted complex in politics. And worst part of it all how are you going to go for that late night dinner and still wake up so early.

This is not just about waking up early. This could be about a particular diet, technique of meditation, prayers, exercising, anything, come from a place of your natural strengths and also not following the herd mentality. Go about it slowly. Go about it at a pace that doesn’t leave you breathless and frustrated.

So, you got to ask yourself do you have it in you to go beyond your inherent temperament with peaceful acceptance and grace. If you do then it is creditable. Wonderful. Go for it. But if you can’t then work out a way which allows you to lead your life in the most natural manner including all that which you would like to do, may be not as intently as others but still you continue to walk the path slowly but surely.

Don’t operate from guilt because guilt is the greatest obstacle which chains people from soaring and realising their true self. Of course do not let your laziness operate your life. Don’t give yourself such a long rope that you hang or strangulate yourself. Also once in a while it’s alright to not have adhered to one’s rigid schedule. This is why I keep saying don’t create a schedule which eventually binds you into another trap, be free with GOD because GOD is freedom from all the trappings of limitations and schedules. So ask yourself what can you do for the rest of your life in a natural manner and then stick to that. Don’t try and do what others are doing. Don’t. Slowly reach where you want. Don’t get influenced by others. Get inspired. This is your life, you are the canvas, you are the raw material, you are the artist and you are the finished product. How foolish would it be for us to let somebody else’s canvas overtake who we are and we try and replicate what somebody else has drawn. Why do we want to replicate? No two snowflakes are similar. No finger prints are alike. So GOD is not into replication, S(H)e does not think much about the factory production assembly line. We are all unique and very often childlike and most often childish. If GOD is not into replication then why do we want to make our life a cheap imitation. We need to be ourselves. Damaged, dysfunctional, demented but still trying to walk the Path in the best way that we can, the best way which we know how to. The only way we are not going to live a lie is when we live true to our own selves. Keep walking one step at a time. Sometime, in this life or in another we will reach where we are meant to reach.