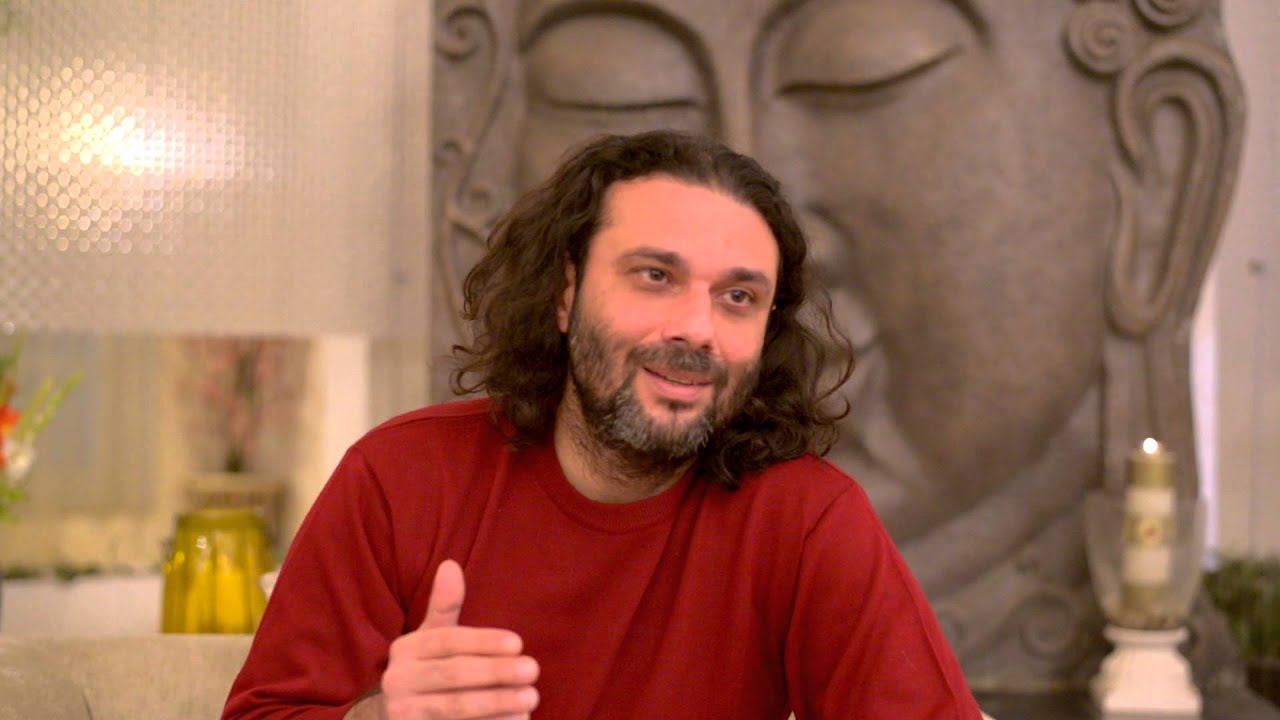 One of the most influential spiritual writers of our times, Ruzbeh N. Bharucha is the author of twenty one published books, including the bestselling The Fakir quadrilogy, Rabda, ICE With Very Unusual Spirits and many more. His books are translated in various languages.

He is a devotee and channel of Sai Baba of Shirdi.

Ruzbeh is also a documentary filmmaker, a journalist, a public speaker and conducts workshops on spirituality and self growth nationally, internationally and online. 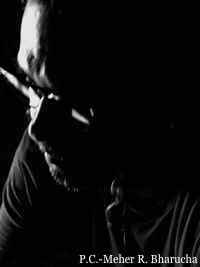 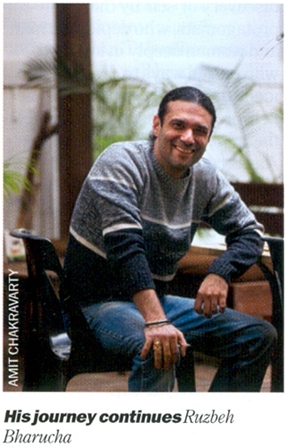 He was appointed Associate Editor for Special Audience Publication, and two years later became the Chief Editor of the first weekly newspaper in Pune, The Pune Tribune, published in English and Marathi by A. K. Bhalla.

He was appointed the Executive Editor, Business Publication Division, The Indian Express.

He edited magazines on the paranormal, mysticism, new age, and travel for S. B. Associates.

His articles have been featured in various publications, namely, The Times of India, Free Press, The Indian Express, Maharashtra Herald, Sunday Observer, Jam-e-Jamshed and The Afternoon. He has been been interviewed by innumerable media houses, like Doordarshan, Times of India, Indian Express and many more.

His first book, The Last Marathon, a journey into the world of the paranormal was published and has been reprinted numerous times.

Devi's Emerald, a book on the abundant grace and compassion of Maa Mookambika Devi and Her medium Swamiji Vishnu Sadanand Nayak was published by Vakil, Simon and Faffer.

Both the above books deal with the paranormal and spiritual forces in the Cosmos.

Fusion Publishers published his book, Shadows In Cages...Mother and Child in Indian Prisons

A soul stirring book that is the first of its kind which deals with mothers and their children living in Indian prisons, throwing light on the various emotional aspects of what women inmates feel and share with their children in prisons all over India. This book has been reprinted several times and has also been translated in Hindi and Marathi.

Shadows In Cages, was also published and released for the international market by the Himalayan Institute Press, Pennsylvania, USA.

The Author scripted and directed a documentary called I Believe I Can Fly. The documentary gives a glimpse of the life of mothers and their children in Indian prisons. The twenty minute documentary has been screened in Singapore, Sri Lanka, India and in the USA.

His documentary, Yamuna Gently Weeps, a film on the demolition of one of the biggest slums in the world, the Yamuna Pushta, was screened at various International Human Rights Film Festivals and Universities worldwide.

His book, The Fakir, launched in October 2007, is already in its seventh edition and was on the top of the best seller list in December 2007.

The Fakir has been translated in Hindi, Marathi, Punjabi and German, and is also soon to be released in Bengali, Gujarati, Tamil and Bulgarian.

In early 2008 the first book on the emotional and mental trauma of juvenile delinquents in India, My God Is A Juvenile Delinquent, was published. The book has been included in the reading list of all judicial academies by a central order.

His documentary on AIDS and HIV in the Tihar Prison, Sehat…Wings Of Freedom, sponsored by the United Nations, was selected and screened for The XVII International AIDS Conference, in Mexico, in August 2008.

In 2009, his publishing house, Sainathann Publications, released two books, one on Shri Ram Thakur and a Bengali book on Sai Baba of Shirdi written by Sunit Banerjee, an extremely spiritual and noble soul.

The Fakir was soon followed by an equally successful sequel, The Fakir...The Journey Continues. This book is in its fifth reprint.

The Fakir: Thoughts and Prayers, was published in 2011, a collection of profoundly transformative and powerful messages and prayers from The Fakir books that have touched and changed the lives of many all over the world.

The Author’s documentary films, Yamuna Gently Weeps, I Believe I Can Fly and SEHAT…Wings Of Freedom were screened at the ASIAN FILM FESTIVAL PUNE in December 2011.

From 2008 to 2011 the author was the Executive Editor, of the 4th D Wellbeing Journal, a widely read national magazine on physical, emotional and spiritual wellbeing, with a print run of over 60,000 copies per month.

The Fakir…The Journey Continues has been translated in Hindi, Marathi, Punjabi and German, and is also soon to be released in Bengali, Gujarati, Tamil and Bulgarian.

Both the books have been re-printed several times and are now considered to be among the best books on spiritual and paranormal literature.

Bringing-in light into the lives of those who are visually impaired… The Fakir has also been printed in its Braille version that has been distributed to all Centres all over India in 2012.

The Aum Of All Things, was published by Penguin Random House.

The Times Of India’s spiritual publication, The Speaking Tree, invited Ruzbeh N. Bharucha to become their 110th Master. Being one of the most illuminative, influential spiritual writers of our times. He writes articles on various subjects of spirituality for The Speaking Tree.

The Ramblings Of The 110th, also published in 2013, is a powerful compilation of his articles which were amongst the top three “most commented” and “most read” blogs on Speaking Tree. It became an instant best seller.

RABDA My Sai...My Sigh, was published by the Penguin Random House and was soon a bestseller. The book is about Sai Baba of Shirdi’s ideology, philosophy and also about His life and routine when in the physical body. ‎

Also, in 2014, his collaboration with Zambhala – India’s Yoga, Music, And Life Spirit Festival, a first of its kind, gave birth to a series of powerful videos called ‘Ramblings with Ruzbeh Bharucha’. These short video talks cover a wide range of topics and give greater understanding to the listener on topics like overcoming day-to-day challenges, in-depth understanding of karma, destiny, free will and various practical aspects of spirituality. These short videos have been life enhancing for people who view and share his insights across the globe.

Ruzbeh N. Bharucha was interviewed by Doordarshan Delhi on his contribution to Spirituality and Spiritual Literature. This interview was aired on National Television.

His Facebook page has reached out to thousands in a very short span of time. The daily affirmations and messages are a source of inspiration to many, to help all to live to their highest potential.

In January 2015, ANANDA Musings Of The Fakir, was published by Full Circle. This spectacular new book brings out the essence of Sai Baba of Shirdi contained in The Fakir Trilogy.

His book, The Perfect Ones, a profile on Masters, Archangels, Gods and Goddesses, released in April 2015, published by Penguin Random House was widely appreciated.

Videos of conversations between Dada Vaswani and Ruzbeh are available on his YouTube Channel.

The Musk Syndrome, a compilation of life transforming articles was also published in 2016. Both these Books are published by Penguin Random House.

ICE With Very Unusual Spirits, the bestseller in 2017 and on Amazon’s 'Best Reads' list is based on a conversation between Sage Tiruvalluvar and the character ICE to help souls understand the essence of life, a profound read published by Penguin Random House. This fiction book is about spirit communication and the paranormal world.

Album Aum Sai Rakshak Sharanam Deva, was released in 2017. Ruzbeh has composed the music and written the lyrics for the same.

May 2018 saw the release of Dancing With Swans, a book of quotes, helping one to walk the path of spirituality and lead one’s life from the highest vision of oneself. It has been published by Penguin Random House.

Album Sai Ka Naam… Japtey Jaa…, was released in October 2018. Ruzbeh has composed the music and written the lyrics for the same.

In March 2019, SAI BABA The MESSIAH of Oneness, was published by Penguin Random House. This book is about the life and philosophy of Sai Baba of Shirdi.

Album JAI KALI, was released on 5th November 2019. Ruzbeh has sung, composed the music and written the lyrics for the same.

The Fakir…The Journey Within, the fourth book in The Fakir series, published by Penguin Random House, was launched in April 2020.

Ruzbeh has been invited to various countries to speak and conduct workshops on spirituality. He also conducts various workshops online on Spirituality.

AVATAR MEHER BABA The Twilight Songs.. Avatar Meher Baba speaks through the lives of innumerable devotees who spent time with Him. A fascinating journey with the Avatar.