Children Of A God, Who Seems To Be Fast Asleep 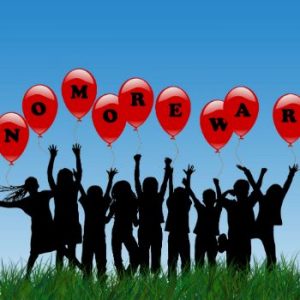 Our children all over the world are being killed in the name of God, religion, country, land, politics.

Our children are being raped each day by the thousands. We stand and watch them get butchered, mutilated, abandoned.

More than ten million children have been wounded or maimed or disabled due to wars and conflicts.

Fourteen million children and more are suffering from war related    illnesses, malnutrition, rape, molestation, abuse of all kinds and just trying    to keep alive during war.

Our children are dying of food, water and shelter.

Every 10 seconds, a child dies from hunger-related diseases.

Shame on us all.

Six million to seven and a half million children die of hunger every year.

We go on about our lives very well aware what is going on in the underbelly of our society to young girls and boys, being used and abused to satisfy the satan in the form of lust within us.

Children from the age of five to eleven are killed, mutilated, raped. Girls and boys are raped countless times and then sent to become part of the flesh trade as slaves.

Within Us, for the simple reason that by us not voicing our disgust and our anger, by silent default we too are responsible for the suffering meted out to children in our neighborhood, our city, our country, our continent and in our world.

Over some pathetic piece of real estate wars ravage the childhood of our children. They are our children. If we believe there is a God, then each child is our child.

And the above statistics is derived from countries not at war but in so called countries experiencing peace….so you can do your math to what’s happening to our children in places where there is war….

Maybe there is some karma at play, maybe mankind has lost its plot, maybe the hell that we talk about is not in some other dimension, but maybe planet earth is posting into hell….maybe not for you, but ask that seven year old child raped or a four year old child dying of hunger or an eleven year old who has to sell her or his body to feed the family….for that child hell is no distant land, but it is here.

Lack of nutrition causes nearly half (45%) of deaths in children under five – 3.1 million children each year.

Every year, an estimated 2,000 children under the age of five die everyday from diarrheal diseases and of these some 1,800 deaths are linked to water, sanitation and hygiene.

When we can allow millions of children to die either due to war, lack of food, diseases caused due to unclean drinking water, or effects of mal nutrition or lack of basic medicine, we have no right to call ourselves a civilized nation or world.

Some 21,000 children die every day around the world.

That is equivalent to: 1 child dying every 4 seconds and 14 children dying every minute due to hunger, lack of drinking water, proper medicine or war or rapes.

Be it Gaza, Bosnia, Lanka, India, Iraq, Somalia, where ever, there are children dying due to war, rape, scarcity of food, shelter, water, medicine, horrific judiciary system, that country has no right to focus on anything else but taking care of its children.

Of course what can you and I do? Nothing. We have never, are never, and will never do anything but bitch, slander, fornicate, defecate and die, like worms in a cease pool of shit and piss.

Or we can pray. We can pray hard. Pray as though the lives and safety of our own blood children depend on it. Maybe if we pictured our children in the millions of children going through hell, maybe then, just maybe, we might pray with complete focus and earnestness and desperation.

Maybe we can keep a time aside where thousands of us can pray for just five minutes for our children and children of a lesser God who are damned and cursed to be raped, killed, mutilated or rot away to death due to want of food, water. medicine, shelter, but most importantly, die as billions of us are so engrossed in our small crab like world, as we do not care what happens to our planet or other children as long as our pack of ascendants or dependants are doing fine.

I am nobody. Lesser than nobody. Nothing. But I would like to believe that hence forth I shall say a prayer every day when the sun sets, where ever I may be, keep two minutes of my day, praying for the wellbeing, safekeeping, wellness, protection, health, life and dignity of our children all over the world.

May be I would like to believe that you too might keep aside that five minutes at sunset, from tomorrow till eternity, whether we are here or beyond, to pray for the wellbeing, safety, dignity of life and childhood of all the children.

Let the politicians and terrorists do what they have to. I have faith that our God is Stronger than their hate and avarice and lust and evil. I believe that our Master is waiting for our prayers so that Archangels can descend to help our children.

I know many are of the opinion that we are doomed as our children are doomed. They believe that there is nobody to hear our prayers as the chains of Karma are too rigid for interference. Maybe. But I still believe that if we were to pray together, where ever we are, for the rest of our lives, at sunset, for our children all over the world, the energy and vibration created would envelope our children in a cocoon of protection and wellbeing.

If we are the Masters of our destiny, then we have enough power to use our Free Will to protect our children from sorrow, lust, hunger, thirst, ill health and yes, even from their own destiny.

I believe that S(H)e who can make a thunder roar and can hear a butterfly sigh, can bloody well hear the prayers and earnest calling of one earnest voice, or ten, or hundred, or thousand, or a million or more people praying when the sun sets in their respective countries; praying that the sun never sets on a child’s innocence, wellbeing, security and childhood.

No war or cause, no religion or God, is worth more than the life, wellbeing, security and smile of one innocent child.

I believe that God exists. I am nobody to say this but I believe S(H)e exists. So if God exists, then S(H)e cannot be possibly blind and deaf to the plea of earnest hearts praying for the wellbeing of our children.

Wouldn’t it be beautiful if our news channels that churn out drivel after drivel could keep five minutes in a day, all of them together, at one time, to say a prayer for all those children dying, killed, raped, mutilated, sold as sex slaves or workers, dying of food, water, medicine, clothing, shelter and most important, dying due to the small, petty, cruel, greedy hearts.

I do not know how else to help those children in Gaza and all the war-ravaged places in the world. I can only pray to my God, Goddess and Master, to have mercy and maybe heed our prayers a bit…take a bit of our sunshine and spread it to those living in the dark bowels of hell. I don’t know if anything I have written makes any sense. Anyway, life doesn’t make sense any more when you see children suffering and most of mankind fixated on each of our petty, closeted lives.

So, God, Goddess and Master, have a heart. Show some class. Wake up. Get Your Act at least together as mankind, we are, how should I say it, pathetically engrossed with our heads up our posteriors.

So please Lord, my Goddess, my Master, come forth with Your army of Archangels and Angels and Light Workers and take care of Your children and show us that You care….if not for pathetic adults, then maybe, for Your children, who You claim are the true residents of Heaven….if one needs to be a child to enter Heaven, why in the name of all that which is divine, noble and pure, You allowing their lives to become hell on Mother Earth.