Mistakes We So Often Make On The Path (Part 1) 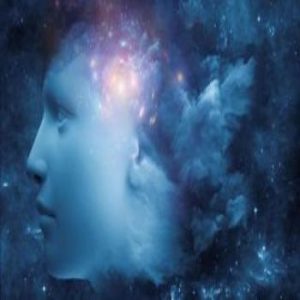 Very often on the path of spirituality we tend to create more obstacles for ourselves than all the past life Karma and the movement of planets can conjure. Mankind has an infinite aptitude and inherent tendency for self-destruction. Our talent of putting our feet in various anatomical openings is stupendous and I have seen that our best work in self destruction is on the path of spirituality. Very often we assume that we are moving higher and higher on the Path, when in reality spiritual rot has set in and threatens to cover the Divine Spark within each one of us. But unfortunately, those people who are on this path very often assume that we are way superior or blessed or fortunate or evolved than all those who are trying to make us see reality and help us to get our act together.

The first pit fall on the path of spirituality is ego. Ego is not about personality or individuality but about the refusal to see the inherent truth about oneself. All of us have ego.

The drive to push an individual to work harder and go beyond one’s comfort level or to strive to become the best is not ego but when one refuses to be open to listen and learn, I believe that is ego and then one’s spiritual pace gets a setback and our vehicle starts going in the reverse direction but the ego is blind and thus mistakes the motion of the vehicle as moving forward.

One of the many reasons why I love Dada Vaswani is that in my limited time spent with Him I honestly never saw ego in the Sage. I have seen Him interact with many people and He is like a child eager to learn and never assumes that He has all the answers or the other person’s point of view is baseless. When an individual comes forth only as the dust under the Feet of his or her Goddess, God, Master, and comes forth only as a disciple, having no personal agenda or even individuality, then growth is assured and self-destruction can be kept at bay.

But unfortunately, I have often seen that even humility become a badge one wears proudly and thus often humility can become akin to ego by default when an individual becomes proud of his or her own humility. But in Dada I sensed no ego in His humility, only childlike wonderment. That is why the Bible has mentioned that Heaven is only for children. I doubt Jesus The Christ meant that Heaven is some pre nursery creche or some school where only kids are allowed, I would like to assume that what He meant is that only if you are child like, open to learning from your mistakes too then Heaven is yours for the taking.

When one is on the spiritual path, with the Kundalini rising, so does one’s pride. The experiences, the visions, the prophesies, the power, or the time spent in prayer or meditation, slowly begins to make an individual think superior of himself or herself and to be above the rest. We never openly declare this but somewhere in one’s subconscious mind, there is this distinct feeling of being special. Either special to one’s Goddess, God, Guru or inherently special, as the feeling is that only if one is special can one experience all the stuff one does experience on the path of prayer, meditation, healing, prophesy or channeling, or even one’s indulgence in charity or helping the less fortunate. The moment that happens and one refuses to see the rot which has set in or ignore the stench of spiritual deterioration (whether the individual or others can sense it or not, the Oneness Family can), one’s spiritual journey has taken speed in the reverse direction.

In fact there is more confusion and disillusionment caused by those who assume that they are still on the path of spirituality as their vision has dimmed and blurred but they don’t realise this and thus continue to lead people in the wrong way. People have followed Hitler and despots and political leaders so why not somebody who is spiritual. The herd may be very large or just a few, but even if one person is following you owing to your spirituality or claim to the spiritual experiences etc, and you lead that person down a dark alley, the Karma is enormous. I believe that there is a special hell (far more gruesome than the normal one described with such glee and detail by most spiritual books), reserved for those who in the name of Goddess, God, Guru, spirituality misled anybody; a single person or harrowed people seeking refuge or escape from either their plight or their ignorance or escapism.

Sometimes we don’t even realise that our ego is at play. When I was planning to write Rabda or Rabdaa, I wasn’t sure of the title then, I had to submit the book in a few months. No matter how hard I tried I couldn’t get down to writing a line. I was super stressed. This was a book on Sai Baba of Shirdi conversing with a chap who had bungled up even the simple task of killing himself. Eventually just forty days were left to submit the book. I couldn’t write a word. I couldn’t fathom for the life of me why not a word flowed through. I sat in prayer and then the realisation dawned. I realised how my ego had come in the way and threatened to destroy the work even before it began. For some reason I had got it into my fat head that I was the ‘doer’. That it was I who would pen the book. That the book would be written by me when every time I have penned a book I have written it with the firm conviction that the book will be written through me. Not because I am special nor anything which is even remotely close to such a train of thought but simply because Baba would take pity on me and would get the words to flow. I may have a lot of flaws and may be disillusioned about a lot of things but one thing am very clear about is that I am not equipped with either the skill or the knowledge to pen a book, especially on spirituality. This is something which I consider a fact and thus there is nobody more surprised when a book is completed and my publisher gets back saying the book made sense. But this time for some reason I had forgotten this simple fact that I am not equipped to write a book, leave aside a book on The Sai Baba of Shirdi. This ego and assumption that it was me who was helming the show had resulted in not a word being written and thus my poor publisher’s moaning and groaning could be heard hundreds of miles away from Pune as the book already had been announced to the trade.

So I knelt on the balcony which resulted in a few comments coming my way from the commander and chief of the house, the wife, but I looked at the sky and prayed to Baba and made it clear that I was a blasted idiot to have ever thought that it was me who could write a line, forget a book and that I was so sorry, and that now could we get on with the book please and save my publisher from imminent ulcers and my knees from the hard tiles, and half an hour later the book started to flow and forty days later it was sent off to the publisher.

The ego is the sinking sand for all spiritual seekers. The path is filled with land mines. So well hidden that it is scary. When one thinks that one is special or that one is the doer it creates havoc to one’s own spiritual growth. Yes, one has to give one’s best but with the firm realisation that it is only through Their Grace that everything noble and good takes place and we have the good fortune of being blessed that something good comes forth from simple folks like us. Thus it is imperative that we remind ourselves countless times a day that we are mere mediums or instruments for Their music to flow forth, be it in the big things of life or the most humble moments. When we go about each moment in gratitude and humility, it is then that our spiritual journey catches speed and we begin the climb on the Path.

When we watch every word, thought, action, as an observer, we will see how often our ego is at play and it never fails to astound me as to how ill equipped at least I am to walk this path on my own. Humility is the cloak that shields us from our own self destructiveness on this path. It shields, it nurtures, it enhances, it speeds up the pace. It is so under rated, so out of fashion, so passed, that it is little wonder that there are very few who are truly on the Path and so many of us who seem to assume that we have reached so close to the top of that illusive mountain.

This is what I think. It is for each one of us to go within and find out whether we operate from ego or truly as the dust beneath the Feet of our Goddess, God, Guru.