May Our Enemies Be Annihilated 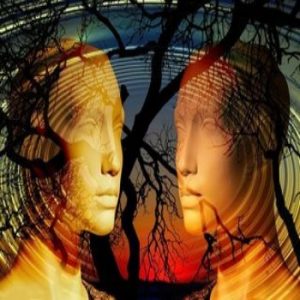 Every religious text has various prayers for protecting oneself from enemies. Virtually each religion has its share of Gods, Goddesses, Arch Angels, Angels, whose primary function is to bestow protection on those who call out to Them, pray to Them, perform certain rituals, that lead to protection and destruction of these enemies.

Certain prayers don’t beat around the bush. There’s not much talk about peace, wisdom, calmness etc. These prayers go straight to the point. Destroy the enemy. Strike the bugger down. If time permits jump with spiked shoes on various parts of their anatomy. May they rot in hell. May they be annihilated. Removed from all the things which are pure and noble and their only place is in the deepest and farthest bowels of hell.

I remember once a sage told me that, ‘I am giving you certain prayers, chant them, They will destroy your enemies, They will cut them down, They will finish those bastards’. I looked at Him and reminded Him that I didn’t want to kill anybody for God’s sake and He said, ‘enemies should be killed mercilessly…don’t have any pity on them, they should be hunted down like a pack of wild dogs…’ and I told Him that ‘I don’t want to hunt down wild dogs for God’s sake, I mean I wouldn’t even recognise a pack of wild dogs’ and He looked at me, shut His eyes, took a deep breath and whispered words of profound implications. He said, ‘Bharucha you are an idiot of Titanic proportions, go away’.

Whatever little I know of the Sanatha Dharma now called Hinduism, Zoroastrianism, the Old Testaments, Islam, faiths followed by the Native Americans, ancient Tribes, there are prayers for protection from enemies and there are prayers which declare war on these foes, antagonists, and the prayers are clear about Their intentions and let it suffice to say that according to Them, we are at war with these enemies and we have to strike them down.

I would like to believe that when the ancient texts talk about going to war and killing the enemies,They refer to the enemies within us. But I do know that sometimes and it is far and between certain prayers and rituals, moving towards the dark side of Energy Manifestation, normally used in Tantra, could also mean harming those who are considered as enemies.

I shall ramble a little, bear with me.

So according to my immense level of disillusionary deductions I have deduced that the first enemy that needs to be dealt with are the emotions and thoughts and intentions within us and also destroy energies directed towards us which are negative, filled with jealousy, envy, anger, spite, hate and selfishness. When in the profound and truly Divine forty verse song to the Goddess, The Durga Chalisa, which I feel is a prayer to the Goddess in All Forms and attributes, there is a line that goes like, ‘Shatru Nash karo Maharani’, which means according to me, ‘Kill the enemies oh Queen Goddess’, I don’t think The Sage who channeled this Divine Prayer, meant to call on The Goddess and request Her to ‘please knock off all those who are my enemies…the names and address are as follows’.

But I know of many people who actually keep their enemies or haters in mind when they say prayers hoping that whoever has the time and inclination up there will actually destroy those people.

So, our enemies are the filth which resides in ourselves and others. Yes, we are living in a world where not many can see the happiness or glory of another person. The crab like mentality has gripped our very souls. We want to bring whoever is happy, blissful, successful, spiritual, riding the wave down. Gossip, slander, lies, manipulation of the truth to suit our needs, one’s own perception or assumptions of ourselves and the world outside has become unfortunately our false but real nature. Our enemies thrive within us and within the beings of all those who are jealous of us. Very often most people have no true ill will against another. Force of habit in the manner of resorting to slander and gossip and commenting and trying to gain importance leads many to resort to baser emotions. But we are flaming a dangerous fire within. It shall eventually consume the person’s very being and regress the individual’s spiritual journey in a manner that it becomes self destructive. Thus, we need to be careful of what we think, feel and most importantly what we feel and want for others. Don’t dig a pit which shall become our very grave. Lifetimes of noble karma can be washed when we indulge in spiteful or unnecessary slander. I believe that These prayers call forth not only for the annihilation of all these enemies within us and the losers who are jealous of us but also bring forth protection to the seeker from these base emotions that can make people resort to unsavory stuff that could harm our name, honour, sources of wellbeing. So when we call out that ‘hey Deva strike the bastard down’, we are asking God, Goddess, Guru, to cleanse not only those who want to harm us or are creating an issue for us, but also to cleanse oneself from the filth that covers our true self from our own self.

When you pray keeping in mind that the primary opponent, the number one enemy are these base emotions and thoughts, which should be annihilated, destroyed, which reside within us and brew within our opponents and we need to destroy all this shit, piss and puss, in the form of action, words and thoughts which are being nurtured within us and our opponents, and just as we would want our opponents to have a change of heart, mind and being, by purging themselves of all ill will and intentions against us, which can only happen if their base intentions are destroyed, in the same way, if we, with the same intensity pray for our base emotions to be destroyed, I truly feel miracles shall take place.

So, The Prayers that we chant first work on the base emotions within us and those who want to harm us but if we pray with the same intensity for oneself to be purged as for the other bastards who want to harm us to be purged, then the protection comes forth. But there are so many who want the opponents to be physically or emotionally or financially harmed. That’s not good as then you are indirectly telling the Energy to resort to such a manner of cleansing and as the prayer is to remove all enemies, and we are filled with these enemies too, then the Energy could resort to the same way of cleansing us, which would mean, harming not only our opponents but also ourselves, physically, emotionally, financially or in any way which we have wanted our opponents to suffer.

So be careful when chanting any such prayer that is meant for destruction of the enemy. The enemy is within. Within us and the haters and mean people. So what’s good for the goose is good for the gander too. So prayers when chanted with faith and desperation to release oneself and our opponents of the base emotions, truly works wonders. But if chanted to hurt people then we too might get hurt as whichever way the Energy is used for others will apply for our cleansing too.

The third type of enemy is from the past lifetimes. We have hurt somebody. Laws of karma insist that we experience the same hurt with compound interest that would make an Afghan look like a sweet fairy in a drag.

The prayers when chanted with faith and with the right intentions not only works on the base emotions of ourselves and our opponents but also protects us from evil intentions and very often makes a mole hill of a mountain. The laws of karma will work but the intensity will be considerably reduced thus protecting us from the magnitude of enemies within, outside and karmic ramifications. Those indulging in the dark side of Energy too shall find it difficult to pierce through the aura of love and mercy that one seeks and prays for. But the intention of prayer of protection, destruction of enemies and forgiveness should come from the inner most recesses of one’s consciousness.

I pray all our enemies vanish. May we be free from all our opponents within and outside.