Christ and The Cross 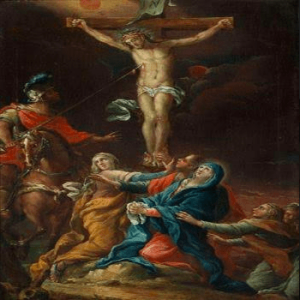 Lord Christ allowed Himself to be crucified and took on the Cosmic Karma of all those in the physical state, Spirit state and those in between. He is The One who was given this responsibility of taking on Himself the sins of one and all, to pay the exorbitant and heartless price and thus He is known as The Son of God.

Most people seem to be under the false impression that just because He being the Son of God, He had the power of endurance to go through the entire horrid and gruesome process of being crucified. If He could give sight to the blind, cure the lame and the physically challenged, walk on water, He could thus go through the horror of crucifixion too without truly feeling the pain.

The fact is that He felt not only the pain and humiliation of being crucified but He felt the cumulative pain of all beings and took on the Karmic pain through Karmic cleansing of all beings. We can barely lift our own Karmic cross and go through the pain of our own journey of give and take and here was This Man who carried the cross which had the burden of all of us and suffered the pain of our misdeeds.

The fact that He looked at the sky and searched for His Father and whispered as to why had His Father forsaken Him, should give each one enough indication as to how truly unbearable the pain must have been. I believe that when Lord Christ went into isolation and walked through the spiritual desert for forty days which is now known as The Lent, He not only was preparing Himself for that final day of pain, suffering and humiliation but He was also shedding away all His Powers, so that no matter what, on the final day of being crucified, He would have no Powers to allow Him to perform any miracles to ease the pain or help Him in any manner to go through the suffering. He knew that though He being The Son of God, that day, He would have to bear the cross like a normal mortal and simultaneously still go through the suffering meant for all beings.

Thus, one can only imagine, to have all the Powers in the Cosmos, here and beyond and still have no recourse to those Powers, as God wanted His Son to go through the angst, excruciating pain, the unimaginable suffering, feel each and every moment of that inhuman process, walk into hell for the most heavenly cause.

He was stripped naked, spat on, slapped, hit, kicked, abused, laughed at, whipped, nailed, bones broken, rib cage cracked, and He was told by The One, that go through the entire process with compassion and understanding, not only for all beings but also those who were tormenting Him, abusing Him, laughing and mocking at Him, spitting on Him, whipping and beating Him up. He was to love all those who were the cause of His suffering and forgive them first as they too were a part of the Cosmic Plan and had a role in putting this strange Plan into play.

And God, Mother Mary, the legion of Arch Angels and Angels stood by the side, watching this Man, This Son of God, This Prince of Heaven, being mauled by one and all, and They could do nothing. How truly sad must that be to watch Your Son not be able to show one and all that He truly was Your Son, by resorting to magic and miracles. But no, Son and Father and Mother had Their hands tied.

Jesus was trying to tell us all something. Sometimes one has to go through one’s Karmic lot, or the Karmic lot of one’s loved Ones and do so quietly, no matter if life and all those around were kicking the shit out of you. That sometimes even God was helpless as He too was caught up in one of the Cosmic Plans.

If Lord Jesus, The Christ, could only look at the sky and wonder why had His Father forsaken Him, one can well imagine how truly horrifyingly gruesome the pain must have been. But I believe that it was only for these few seconds that Lord The Christ, gave way to Jesus The Man; as a man all one can do is call out to God and wonder aloud why this sudden desertion. But it was for a few seconds and then Jesus The Man, went within and once again Lord The Christ resurfaced and said softly, Forgive them Father for they known not what they do.

So you have Jesus, as a normal man wondering why His Father had forsaken Him, and you have Jesus The Christ forgiving one and all.

When we are going through our internal crucifixion, we can either operate from the body or we can operate from the spirit. As the body, everything is going to be questioned, doubts will rule, hate and anger will reign supreme. But when we operate from the Spirit within the body, then love, compassion and Oneness will be absolute.

Jesus The Christ, only operated from the Spirit and that is why He could go through the entire process with selfless love and Oneness and compassion for one and all. We all have The Christ Energy within us. I know life can be cruel. Life can be hurtful, deceitful, heartless….but remember God is Just and Merciful. God is never partial or unjust. If we are going through something unpleasant, either we are being cleansed of our Karmic sludge or we have decided to take on the Karmic cleansing of our loved ones too. Thus, no matter what, if we are to operate from the body, the entire process will be negated as we shall operate from the lower energies of hate, anger, bitterness, negativity and playing the victim. But if we operate from the Christ Energy, the entire process will be embraced in the spirit of Oneness and compassion.

Yes, it is going to pain and hurt. Whether Jesus the Man or Jesus The Christ, the pain was real and the agony was soul numbing. But when you operate from the Spirit, you will not have to carry the weight of anger, hate, revenge, negativity any further, and trust me, that weight is crippling.

We are normal, phenomenally screwed up individuals, at least I am, and the only way we can show Jesus The Christ and The Man, that His final hours in the physical body has not gone to waste, that His suffering has not gone unnoticed and unshared, that we deeply and reverently bow down to Him and say, sorry for all the pain, is by carrying one’s cross with the same dignity, Oneness and compassion and that will be possible only if we operate from the Spirit within.