Baba Sai and The Mind 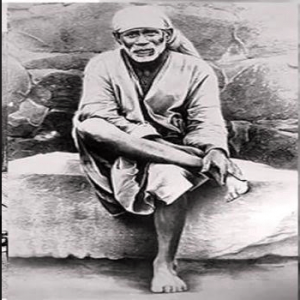 Baba used to tell those on the Path that the intellect or the buddhi is like the Prime Minister or wazir while the body, hands, feet and other organs are like servants. Now the brain of every human being is divided into two parts. The front and the back. The front part of the brain is the Receiver. It receives all information and messages and thus it plays the role of the reporter or the one who receives and transmits information. The front part is to receive and sort out what is received. You need to calmly receive and then by using your intellect decide what should be kept, what should be stored and what should be deleted. The second part of the brain is like a treasurer, a protector or the memory vault, like a ‘telegraph officer or an editor’. Baba had predicted that a time will come when mankind will have machines that will be very advanced, but there is nothing more advanced than the mind and intellect. The body is the most advanced instrument ever created by Allah, thus respect the body and the functions of the body which includes the mind and heart.

As mentioned earlier that Baba has mentioned that the intellect is like the wazir or the Prime Minister, who ‘governs the administration of the Kingdom and thus makes all the decisions which is for the wellbeing of the Kingdom’.

But s(h)e should be alert, Just, and have the priorities very clear, which is to run the Kingdom of The Lord, in the best possible manner, in a calm and just manner. If the wazir is not calm and reasonable then the decisions taken will bring about ruin to the Kingdom, which is happening everywhere.

The wazir should be strong and alert as there are lots of enemies waiting to destroy and conquer the Kingdom. There are many enemies of the Kingdom, mainly ‘anger, greed, lust, jealousy, sloth’ and the intellect or the wazir should be ‘to boost the morale of the obedient and nip it in the bud all rebellion and destroy the enemies so that the Kingdom flourishes and mainly thrives’.

The mind is besieged with information and subtle and direct impressions that need to be first calmly collected, then what is important needs to be sorted, and very important what is not needed, needs to be cleared off, immediately. Most people are not in control of their mind or intellect. Most people are slaves to their thoughts and their emotions, but remember emotions are subtle mental images which when given enough time and energy, become thoughts, which most people interpret as feelings, and then these thoughts can plague the mind and the body. The heart, the seat of all emotion, is made only to realise and love God. It is not meant for anything else. The love that one feels for people, things, images, worldly objects, does not arise from the heart but is a combination of the mind, the impressions gathered from the womb stage and one’s karmic bond with that person or place or experience.

According to Baba, you see somebody and you fall in love with that person. The mind tells you to avoid, but there is something more powerful which compels you to move towards the person and pursue the relationship. Now what is that compelling factor? That compelling factor may be physical attraction, or it could be that the person reminds you of somebody you have loved before, or that person has some karmic bond with you from the past which requires balancing and thus there is the pull towards each other. Remember the heart is meant only to realise God and when you move within the Heart Chakra all that you will truly realise is Oneness. Most often relationships are karmic. Why do you love your children so much? Even though they keep hurting you? Why is it that out of the many children you have a special place in your heart for one of them? Why can you allow that one person to walk all over you and nobody else? This has got nothing to do with the heart but more got to do with karmic bond of give and take.

When a thought arises you have the power to delete the thought or emotion impulse, either put it into the mental waste bin, where you will think it is apparently removed but in reality still remains within or you can delete it by not giving it any energy or attachment. Or you have the power to store it and then may or may not use it later, but it’s stored in your memory card or as people say in the subconscious mind. Then you have the power to give the thought the energy and from a spark, by giving energy or attention, you make the spark into a fire, then from a fire into a raging fire and then from the raging fire into an inferno which in all probability shall burn you to smithereens or ashes or take you on the wings of the Angels to soar heights…who knows even make you reach Oneness, though it all depends on the thought and your priority and energy given to that thought.

When a thought comes about, you should be in the power of rejecting it, storing it, using it for your wellbeing and the wellbeing of those around you. But nowadays most people have no control over thoughts. They are slaves to their thoughts. Thoughts of lust, love, anger, greed, sloth, power, material possession, power over others, there is no end to thoughts and if you are not in control over them then you become a slave to their power. Thus, the individual who does not have any power or control over those thoughts is doomed. Twenty thoughts running in and out like maniacs, screaming and shouting, and the individual like a hapless person with no control or power to thrash them out and live in peace, is an individual who does not have to pass over to experience hell; s(h)e is already in hell.

The question is how does one get a grip over one’s thoughts? According to Baba, first and foremost, when a thought comes to you, you have the power to delete, store or encourage. If the thought is not for one’s overall wellbeing, ideally you should delete it and if you cannot, then make sure you do not encourage it or fight it. If you encourage the thought or fight the thought, you are giving the thought, energy or power or strength. Thus, the best thing to do is try one’s level best to neither encourage the thought or fight the thought. Shift your attention to the present moment, or chant or distract yourself with something that can help you go beyond the thoughts. If there is something that needs your attention, give it, but always set a time limit. Let us say a thought is bothering you, and you cannot ignore it or shift your mind to the present moment, then the next best thing is to sit with the thought for a quantified period of time, say ten minutes, half an hour, an hour, and after that go back to your present moment and thus what you have done is that you have given permission to your mind to entertain the thought, but also making it clear that you are in charge and you will decide when to encourage and when to delete and when to store each thought or emotional impulse that comes within your orbit. You have to make it clear to your mind, heart, body, that you are in charge. If you do not then there is chaos.

Initially we might have innumerable thoughts. Slowly, slowly, slowly, keep getting into the moment, keep chanting, keep coming back to yourself, and slowly once again you will be the Master of your own self. The mind is the greatest servant and the worst master. Know this for sure. Forget the devil, your mind is enough to make you live in hell for all of eternity, as remember, even after you leave your body, the mind accompanies you and the thoughts that plagued you in the body, will continue to plague you even when you are in the spirit world, and most earthbound spirits are those who were ruled by their thoughts and mind. Thus, make sure, slowly but surely you get in control of your mind. Remember, either you can give your best to life and leave the rest calmly to your Master and make peace with the situation, or you can rot in the abyss of your private hell, which is the mind that you do not have control over but instead rules you with thoughts that you are now powerless to keep under check. So you can be in control or be controlled. It is up to each individual.

Like Baba has often said and all the Sufis including Abdul have recorded this, ‘before you proceed on the path of Allah, you must discipline the mind. Strengthen the mind and as there is continuous warfare strengthen the defenses’. It is simple, if there is continuous war, the army must be most alert. If the army is not alert, one has lost the war already. ‘If the army does not move how can the war of righteousness be fought’. And most important the heart has no army, the Wazir has the army. So if you want to live peacefully, the intellect should be alert and at your command. The heart as Baba says time and again is solely and only for the realisation of God and a human being’s only priority should be to realise God; and to attain the vision of God is every true being’s only priority and ‘for the vision of God, Divine Sight is a must’ and Divine Sight can only come to one whose intellect is under his or her control and moving towards the vision of God. Thus, it is imperative to have your mind under your control and for that one needs to live in the moment, practice naam smaran, or constant chanting of God’s name and know that it is with a calm controlled mind that the doors of Heaven will open, as if the mind is in chaos, how can the heart spend its each throb chanting the Name.