Why Be Afraid Of Failure 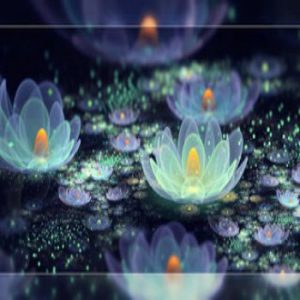 We are slowly becoming a global colony of frightened shadows. We are petrified of failure; terrified at plunging down the social-financial-emotional-men- tal graph; paranoid at being judged, mocked or worse be called a ‘loser’. We have become obsessed at winning, consumed by the need that all should end well and that everything should be the way we have planned it to be.

Sure, such thinking is natural and normal.

The problem is, when one becomes obsessed with the weighing scale of success and failure, happiness and sorrow, fulfilment and void, and thus you don’t venture forth to pursue your dreams. With such an attitude, you already have botched up; you have not given yourself a chance to live life at your terms.

So many who come for channelling and counselling, refrain from venturing into a relationship, business, work, passion not because they don’t want to, but because ‘what if this doesn’t work out’.

They might love somebody and be loved in return, but because of the nut cracker of a chance of things not going as planned, and ‘what if I land up with my heart broken’, so many don’t give themselves a shot to happiness.

Or one might not follow his or her passion and dream, because ‘it is not regular and secure’ and the chance of failure could be a little more than if one followed the herd and played safe.

So life becomes a compromise and once you compromise for one thing, in all probability you will either begin to compromise on most things or become aggressive and bitter about all things.

So the fear of the relationship going wrong or whatever dream not fructifying, doesn’t allow them to even give it a chance in the first place to succeed. You already have failed then.

The question to ask is, so what if my heart breaks over a relationship or life in general or the business venture or whatever one is passionate about? So bloody what if one doesn’t succeed?

Why should that stop you or me from giving it hundred per cent and leaving the rest to Providence and one’s Master. Yes, you need to be wise, careful, practical, but if the only reason one doesn’t venture is the fear of failing, then something is terribly wrong.

Why are we so obsessed about the destination that we have forgotten the joy of travelling and the very journey itself.

Why are we so preoccupied in not failing that we have virtually stopped trying and thus, have stopped even living, as not giving life one’s all, is not living, but existing.

Yes, go ahead and do the math, but do the math for the right reasons and not because there is a chance that you might not succeed or you might get your heart broken.

Thank the Lord, we all started walking early, or else God alone knows, how many would venture to learn to walk, as learning to walk involves considerable amount of falling down.

There is nothing wrong in falling or failing… we all fall…we all have and will fail sometime or the other…we will have our hearts trampled and our teeth kicked in, metaphorically.

So what? Everybody cannot win in a race. There will be somebody who will come last too. I would rather lose in something I am passionate about then win in something that doesn’t light up my bulb. Giving one’s best is winning in its self too.

The only thing to be careful about is that if things don’t go as planned, don’t get crushed, don’t bicker, don’t indulge in hate, don’t abuse and get all negative, with God or your near ones or the world or those who are your detractors. Many people don’t like others succeeding as it is a constant reminder of their compromise with life and their dreams and passions.

If you can rise above the situation and failure with grace, then you have not fallen or failed, but actually risen spiritually far above what you possibly would and could have, if you hadn’t ventured to pursue your dream, and thus gone through the pain and agony.

Go ahead and give yourself and life a chance. And if you should tumble, it’s ok. Get up, dust your clothes and walk on. At least you won’t have to live with the perpetual heart burn of ‘what if I had just given it a try’.