Mistakes We So Often Make On The Path (Part Three) 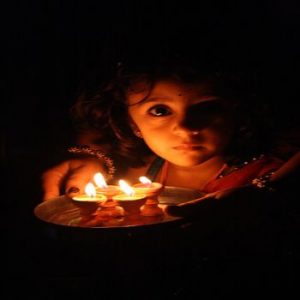 Let me first ramble a bit.

When I began to get into research on paranormal and spirit communication, I decided that the best way to know if all this mumbo jumbo about life after death and beyond the beyond which existed was to have first hand experience about the paranormal. It was easy for me. I had always found the normal state of consciousness gut wrenching and stifling. Thus roaming the by lanes of the abnormal or paranormal was simple.

Anyway after two weeks of dabbling with automatic writing and the pencil moving about like a drunken sailor on the white sheet of a hundred page’s notebook, bummed off from an unsuspecting child, the first words that got scribbled with me holding the edge of the pencil, like chopsticks, between my thumb and the index finger were: “I am Sai Baba”, and I said

“Yeah right and I am Sachin Tendulkar.”

So I kept the pencil away and every day the words which scribbled were, “I am Sai Baba” and I would say, “Yeah right and I am…so and so”.

A few days later ViraKheswalla, who was conducting seances and who used to channel Avatar Meher Baba, called me over to her place. I went and she looked at me and said, “Sai Baba in my dreams came through and said what will convince that boy that I am truly coming through when he sits for automatic writing. He keeps telling me ‘yeah right I am Sachin Tendulkar, Aamir Khan, Neil Armstrong, even Shivaji Maharaj’, every time I scribble I am Sai Baba?”

She looked at me and I looked back at her.

“So?” She inquired of me and I looked at her and said,

“So means why are you irritating Sai Baba of Shirdi by first of all not believing that He is coming through and secondly by going on giving other people’s names. You do know He knows who you are, don’t you.”

So next day again I sat down for channeling and the words came through “I am Sai Baba.” And I said to myself, ok play along with all this mumbo jumbo and I said, “tell me something that I don’t know about which is going to happen in the next ten minutes.”

And the pencil didn’t move. I put the pencil down and said hmmmm, as I thought, nobody else but my subconscious mind was doing all this pencil moving on its own nonsense.

Two days later I went for the channeling session again. The group had assembled. All elderly Zoroastrians, sitting around a table at Frennyaunty’s house and the planchette moved and Avatar Meher Baba came through and the sentence that formed was …”So you troublesome boy are going to test Sai Baba of Shirdi, The Head and Chief of The Perfect Masters, to prove His presence while you sit chewing gum doing automatic writing.”

Of course at that very moment I was thinking about whether I had Old Monk Rum at home or should I buy it or what. All the good ladies turned and looked at me. I looked at them. I was oblivious of why they were looking at me but I assumed maternal love had gushed forth from their ample Yardley powdered mammary glands.

“Ruzbeh will you please stop testing Sai Baba of Shirdi. Meher Baba this boy won’t do it again. He doubts himself thus all this. It won’t happen again.”

I nodded and everybody smiled and we got along the channeling session. Those were strange days. Harsh days in other aspects of my life but I felt safe and protected with these sweet elderly women.

When I began to do automatic writing one of the first things that Sai Baba of Shirdi communicated was this, “If you do not say your own religious prayers do not take My Name.”

So I pondered and said aloud, “Hain…means?”

And the pencil in my hand if it could, would, have broken itself on my head and after a while the words flowed through.

“It means you are born as a Zoroastrian. If you do not say your Zoroastrian Prayers which are in the Avesta, then do not take My Name. First comes your prayers from your religion and then comes the name of all the other Goddess, Gods, Gurus, you worship or anybody worships.”

” So you want me to tell one and all to pray Avesta prayers?”

There was a long silence from the beyond the beyond. Then the pencil very roughly wrote something.

” Everybody should begin the day saying their prayers from their respective religions which they are born in. You are a Zoroastrian thus told you Avesta prayers.”

” Don’t mind my saying so but You need to be very clear with me Baba. It would have been dangerous for my wellbeing if I told the family coming in tomorrow who are hardcore into their own religion that You have told them to begin praying the Avesta. Heehee.”

Spiritually a very wise question and Baba came through by really scribbling hard and fast and I was listed certain prayers and I moaned as I realised that praying all that which had come through would take me a few hours a day. I put the pencil down. Went and softly banged my head against a robust wall. Me and my big mouth. Asking a Master what all was needed to be prayed…not a sensible move…if time was of essence.

Through these nearly two decades of channeling, whenever somebody comes and says that “Our God is Sai Baba of Shirdi and we only take His Name”. Baba Sai always tells them that, “You have forgotten your family lineage and spiritual and religious traditions and your Family Deity and that is not how it is supposed to be.”

Baba Sai is very clear that one must everyday begin with the prayers of one’s religion and worship the Deity or Master that one’s ancestors have been worshipping for generations. It is the right thing to do as there has been nurturing of the family being done through the prayers and the Family Deity.

Often due to past life karmic bonds and way of life and association with a particular religion or a Master, we gravitate towards a way of life and Deity or Master which is not a part of one’s this lifetimes family lineage. That is understandable and natural thus to get immersed with connections of one’s past lifetimes. Often one has no connect with one’s own religion or Family Deity. So many of us very often don’t chant prayers of our religion or follow the spiritual and religious traditions of our forefathers as we feel no connect and embrace what comforts our hearts and soul, very often due to past life associations.

Baba Sai says that to follow one’s heart and soul is perfectly understandable but first give importance and respect to the religion each one is born in, respect the family Deity and then after you have said your prayers and worshipped your Family Deity then pray to whosoever one desires and loves.

We are born in a religion and to a family because of several past life bonds. There is a lot of karma pending between each of us and the religion in which we are born into and the family that we belong to. Our religion is our Mother. One does not turn one’s face away from the Mother. Yes there could be karmic bonds with other Masters or Deities but first comes the religion one is born into and the Family Deity being prayed for countless generations by the family and if we are born into a particular family it means karmic bonds existed since lifetimes.

Even Sage Agastya Rishi has firmly advocated that distancing from one’s religion and family Deity causes obstacles in one’s worldly and spiritual life.

There is no curse etc involved. Our ancestors don’t spew venom or perform agile cartwheels. It’s just that when you turn your back to the Sun you turn yourself away from the Radiance of the Sun. The Sun has no intention of creating darkness in our lives. It is we who have turned our back to It.

Karma, one can do jack about, apart from trying to live a life of good thoughts, good words, good deeds and with as much as strength and wisdom go through each moment with compassion and get one’s nose rubbed into the ground in the most Zen like manner.

Our DNA and thus our way of life are not only passed forth from the ancestors but also can be affected by the ancestors, says ancient texts. Don’t ask me how. Must be some high brow spiritual quantum physics but it is said that if our ancestors are miserable then their sorrow and grief somehow affects our state of tranquility and wellbeing and if the ancestors are as pleased as punch, going about grinning from one astral ear to another, then one experiences joy and happiness even in the most mundane situations on our planet Earth. This is because our DNA comes forth from them and thus in some manner they have a particular control of our quality of life. Not our karma but quality of life. We could have twenty dishes on the table but no taste on the tongue. Or all the hardships but joy in our hearts.

So every family comes forth from a religion and spiritual tradition. Suddenly we decide to bring our focus on another Guru or Deity or religion and due to this, all that which was being done as salutations to the Family Deity has been discontinued and the entire emphasis is on the Guru or Deity of one’s liking or mind frame. This is considered to bring about considerable sadness to not only the ancestors but which in turn makes the ancestors turn away which brings about its own tribulations. That is why most religions have given so much attention to ancestors and prayers and ceremonies to appease the ancestors and pray for their wellbeing. The issue is not that we have gravitated to some other source of Radiance but because we have failed to acknowledge first our own roots.

The more I channel the more I realise that the Masters are exceedingly particular that one follows one religion and first gives respect to our Family Deity. None of the Perfect Masters ever advocated conversion and often conversion need not take place by formally renouncing the religion in which we are born into but when we move away from our prayers it is in its own way a subtle conversion.

Thus, begin the day with prayers of one’s religion, give respect to one’s family Deity and then pray to whoever our heart feels close to, is what seems to be the order of the day.

There are a lot of things which we are not aware of. Lot of stuff in all probability we might never learn or become one with. But giving respect to one’s elders and to the Great Ones is something we have grown up honouring and that fragrance throbs within most of us. If you are reading this rambling then you are in the Oneness zone. Oneness does not mean disrespecting our own roots and embracing everything else. Oneness means giving respect to where we come from and embracing all that which endears itself to our spirit within.

If generosity and compassion are nurtured at home then so does respecting our own roots.