Happy Birthday LORD MEHER- The Path to God is Merciless 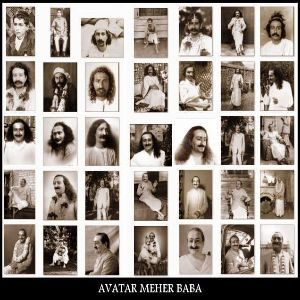 Avatar Meher Baba has taught me the importance of obedience to The Master. I am far from truly following all that He wants us all to comprehend and adhere to but nonetheless I truly believe that the greatest and the most sublime way to show Him you truly Love Him is by obeying Him and all that which He has taught, with complete soul surrender. My understanding of Him is simple. First comes obedience and obedience is the greatest expression of love to The Master. Without obedience one can have no claim to either selfless love or complete surrender to The Master.

I remember reading various extracts from Lord Meher, the detailed biography of Avatar Meher Baba, where minute details of everyday life with The Avatar have been jotted down by His most intimate disciples and what comes through is the complete surrender His disciples or the inner circle or The Mandali had for Meher Baba.

There were times His behaviour was inexplicable. Very often even contradictory. Sometimes even exasperating. One thing was clear, if you wanted to truly love Him, you had to completely surrender and to prove one’s inherent surrender, one had to live a life of exacting obedience.

He would spend months working on a project and He would insist that the work was of utmost importance. Let us say, constructing a hospital or a school or whatever. The disciples would slog night and day, amidst the most exacting of conditions. Nearing completion, He would smile and say, the work is completed from the spirit or astral or causal point of view and the place would be either demolished or abandoned.

Those who loved Him, knew He had His Divine reasons and thus He knew best and He was always right. Those who assumed they loved Him would question Him or grumble or get exasperated. Some would leave. Some would begin to have doubts. It was only those who had a vague or certain belief of His Godhood or His Mastership, would exhale and say Jai Baba.

Meher Baba, like all Masters, was different with His inner circle or disciples and with those who sought Him for His blessings or solutions to their everyday problems. With the latter, those who went about life like normal people, work, family, friends and a part of their heart, devoted to The Avatar, were treated tenderly, with a smile, and with a large helping of humour. If they did falter, Meher Baba would be like a father who would calmly explain their failings and weaknesses to them and tenderly nudge them towards the right path. Where His devotees were concerned, He, according to me, did not expect complete obedience or surrender. He was aware of their spiritual journey and thus their spiritual potential, and to be happy to receive whatever love, surrender and obedience, that was possible, depending upon each one’s spiritual inclination and potential. No mistake was unpardonable. There was always a pat on the back and He would tenderly implore them to be on The Path.

The biographies or songs or tales of miracles, where The Master is described as an affable Santa Claus, is mainly for devotees. For those people for whom The Master, God, Goddess, The Avatar is one part of the five course meal. Could be the main dish or the side or the desert. For those fortunate folks, like all Masters, Meher Baba too took on the role of a gentle Spiritual Giant.

What most biographies, tales, myths, songs and miracles very often avoid mentioning is the role of The Master or Avatar towards Their inner circle or mandali.

Meher Baba was full of love and humour with them too but He could appear brutal when He saw even one of them slipping a bit from The Path. His logic I assume was simple. Either you come to Him as a devotee, all smiles and seeking favours or help and you would get a tender Master, smiling and blessing you and making you feel good about yourself. He would help you bear the burden of your karmic blue print and tenderly nudge you to keep moving on The Path.

But, if by mistake you proclaimed that you had completely surrendered to Him, your logic, your emotion, your passions, your weaknesses, your fears, your life and most importantly your very soul to Him, then He had only one duty towards you and that was to clean you off all the karmic baggage and garbage clinging to your aura and make sure that you merged into Him and thus your life, now and beyond was left for Him to decide.

For those few disciples, even small mistakes were dealt with harshness that could make Hitler seem like genial school master who had a slight issue with one sect of the population.

As Baba Sai says so often, ‘You cannot be partially pregnant’, one is either pregnant or not pregnant, the same way, Meher Baba was clear, if you call me your Lord and Master, then you shall do as I tell you, what I tell you to and how I tell you to. Keep your thinking and ego to yourself. I have no place for it. You want moksha and believe I am the One who can release you from the cycle of births and deaths; karma and its ramifications; then just obey. If you believe I am your way out, then follow Me with full Faith and not a question on your lips or in your hearts.

I believe it was Meher Baba who said that God is all Merciful but the path to God is merciless and boy, He did prove this phrase right.

Lord love a sweet potato, He made you understand the ferocity of walking The Path to God.

Where His disciples were concerned there was only one rule. Obey, obey and obey. Love and surrender were the pillars and foundation but obedience was the path to the heart of The Avatar, our Meher Baba.

He could be merciless when He felt one of His own straying away from the path. He knew the destiny path of each one and thus He was clear how to steer each one towards the final destination and merger. The True Masters and Avatars know it all. They are Giants. If you follow a Giant, S(H)e will clear the path you tread on but then leave it all to The Giant to navigate you through the rigmarole of your karmic and mundane life.

There was an incident I had read in Lord Meher. He once asked one of His disciples to cook a particular dish for Him. He told her to do nothing else but focus on preparing the dish as He since a while had been wanting to eat this particular dish prepared by her.

The disciple was overjoyed. I think the disciple belonged to the dangerous specie…I mean the noble specie…a woman.

So this woman, overjoyed to be cooking for her Master, Avatar, God, began to prepare the dish to the best of her ability, with all concentration and love. She spent a long time getting everything ready and then slowly with love brimming in her heart she began to prepare the meal. Suddenly there was an incident in the Ashram. If I remember correctly there was a fire or something in the Ashram. Somebody or many were hurt and this lady rushed to help, put off the fire (As in those days they dint have a gas cylinder or a pipe line gas. They would mostly cook on wooden logs) and help those who were hurt. In sometime all got back to normal and she returned to prepare the dish. The meal was ready and she was happy but apprehensive as to whether it would please her Master and Avatar.

Meher Baba came from out and entered the kitchen. He sat to eat. He took a morsel and then chucked the plate away and walked away. The woman was heartbroken and inconsolable. She could not fathom the behaviour of Meher Baba. Even if the dish was not palatable, she had known Meher Baba to eat the most simple of food, sometimes inedible by all, but Him. She could not believe her cooking was so bad that it had infuriated her Master to an extent that He had done something He had never ever done before; to reject food in such a violent manner