Convert Karma Into Your Free Will And Soar 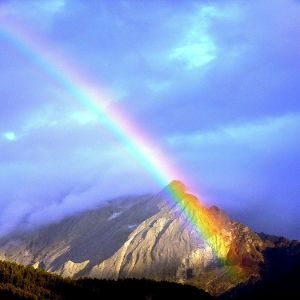 So Karma is the law of cause and effect, created through life times of actions, thoughts and words, used in the right way or the wide of the mark manner.

First there was only Free Will. Our Free Will made us indulge or get involved in actions, thoughts and words, which created our future Karma.

Our lives are the ramifications of our Free Will, used well or not so well, which now we call as destiny or Karma.

Masters have all mentioned that as we have sowed, so we shall reap, and most of present circumstances, positive and negative, are a result of our own doings and thus the law of the Cosmos, necessitates us to go through the consequences; constructive or otherwise.

Now let us assume that ninety per cent of life is predetermined by destiny or karmic balancing, which leaves us with just ten per cent of Free Will.

It is not only karmic cleansing which one needs to worry about but most importantly what one needs to worry about is the manner in which one goes through the whole process of cleansing, and over here comes one’s most important spiritual test; using one’s Free Will in the right manner to go through the whole process of karmic cleansing as only then we will not

create further karma. Or else we can continue being ground in the karmic grinding wheel.

Let us assume your karma necessitates you to go through failure, in spite of you giving your hundred per cent to whatever you have undertaken. It could be at studies, work, relationship, life in general.

Logically you should succeed. You are most suited, qualified and capable to succeed in that venture, but karma has willed otherwise, and you fail. You shouldn’t have failed. Those who should have failed have succeeded.

Many of us become mean, negative, atheists, critical, vicious, petty, when we fail. We question God and the Guru’s existence and indulge in action, thoughts and words, that is derogative and worse, only adding more weight to our Karmic Cross.

Some can’t handle success. We become proud, condescending, judgemental, pain in the rectal opening, and thus use our Free Will to create further karma.

The point to understand is this. Already we are undergoing karmic cleansing or balancing. That is beyond our control. It could be for money, career, relationships, anything, you and I are caught up in the circumstances, to balance off our karmic debt.

Instead of handling our situation calmly, accepting our situation gracefully, one tends to react adversely and harshly. One says stuff that shouldn’t be said, does things best avoided, mentally sends out ill will and negativity, all in all, instead of using the chance of Free Will of handling the situation gracefully one further creates harsh karma for oneself and thus instead of closing accounts, due to misconduct of action, thought or word, one creates further karma. And this process continues and continues, till the individual realizes the futility of the vicious karmic cycle, and through the use of Free Will, puts an end to the karmic game of push and pull.

X has done something wrong to B in some life time, which means the wrong use of Free Will has started a cat and mouse game with B. The latter has nursed a grouse of being cheated or being treated unfairly. This automatically necessitates both X and B to come back to balance out the karmic irregularity.

This lifetime B treats X badly by doing something wrong. That means in the scheme of things, the law of karma has balanced things out between X and B.

So logically, all accounts are cleared between X and B and thus, all is squared off and thus accounts should close.

Yes that depends on how X uses his or her Free Will; if used well now, and no negative action, thought or word is initiated by X, then X and B have nothing to give and take from each other. So X has through the right use of Free Will closed accounts and begun fresh. There is less of Karmic weight and thus X has gained more of Free Will time as his or her karmic debt has reduced and in the weighing scale of Free Will and Karma, the latter has shed off some weight and thus the Free Will scale has gotten a little heavier, depending on the karmic give and take between X and B.

But let us assume X reacts further to what B has done either through thought, word or deed. And B responds again in the same aggressive manner. Then what has happened is that X has used his or her Free Will to perpetuate the karmic account of give and take and push and pull with B. And the karmic dance of wailing continues.

And this time the karmic give and take between both could get further murkier.

If B were not to react and walk away, B gets free from karmic bondage, but X is still caught up in the throes of karmic ramification and nature will balance things out, in Her own way, in this life time or the next.

Everybody says that if you give money to somebody, and that person doesn’t return the amount, both you and the person will have to return to clear the karmic account sheet. That is not true, if you use your Free Will once again in a calm manner.

Say you have given money to somebody. Let us call that person J who is a close friend of yours. You have lent the money to J who has promised to pay you back in some time. That time comes and goes by. Our man J isn’t showing any signs of paying back the money. As time moves on J is in fact getting richer but still no signs of paying off the money. You remind J and J promises you but our man suffers from debt payment amnesia. You have no proof of lending money so you can’t haul J’s sorry arse to court and thus you can’t do much about this any way.

Now comes Free Will. You keep this so called betrayal of J to heart. Talk about it to everybody. Hurt about it. Become bitter and vengeful about it. Then your bitter use of Free Will has opened a karmic account with J. You will return to take back money from our Monsieur J.

But you don’t get bitter about this. You have sort of told yourself that if J wants to return the money he will and if he doesn’t so be it. He is your friend and for you friendship allows a certain license of give and take. You have reminded him a couple of times and he obviously doesn’t want to return the money and you philosophise that may be it is karmic and you must have owed him money in some life time and now the accounts are square or you just have a large heart and in spite of being kicked in the teeth by innumerable friends like J, you refuse to learn and still let go of any resentment towards J.

Then you are free from the karmic bondage of give and take with J. You haven’t added this to your karmic balance sheet. J will return to pay his debt. Not to you as you may be basking your astral posterior in some sublime dimension, but J will come back to pay to the cosmos but the payment will be paid.

Also very important, even if you were to haul J to court, and you do it as a matter of principle, not out of hate, anger, ego, but for justice, once again, your Free Will, which comes from calmness and from the sense of Justice, not revenge, once again absolves you of further karmic bondage with J.

And yes, eventually, when you forgive, no matter what the outcome, you release all pending karma into the cosmic embrace, and set yourself, and hopefully, even the other person, free from karmic bondage.

Do your dharma without the sinking sand of hate, anger, ego and all the dark emotions, that take us away from ourselves and from The Light.

The moment you use your Free Will in the right and calm manner, you have converted karma (even if it was your fault in some life time) to your advantage and got you a little more Free Will in your account sheet.

Whatever you do, do it for the right reasons and after giving your best, leave it to your Master to decide the rest. That is the greatest manner in which you and I can use our Free Will. Don’t let anything make you bitter or negative as then what we land up doing is further getting entangled in the karmic web.

You can convert even Karmic cleansing into Karmic blessing through the use of Free Will.

This is how important Free Will is in the scheme of things.

Karma chains you. Free Will allows you to soar. When you come from calmness, peace, wellbeing to all, compassion and forgiveness, then you use your Free Will to liberate yourself and also those who are knotted up with you in the karmic dance of give and take.

Cut away the karmic knots that chain you through the right use of Free Will.

For certain do all that which is possible for a better life, but there are times, when one realizes that certain things aren’t meant to be. In those situations, use your calmness to liberate yourself from all karmic give and take with people or circumstances.

The choice is of course in our hands. Karma has played its card. Now it’s our turn to choose the right ones and end the game once and for all.

Once again it’s our choice.

We fug up, it’s back to the karmic dance floor.

We choose well, we soar.