Burning The True Fire Within 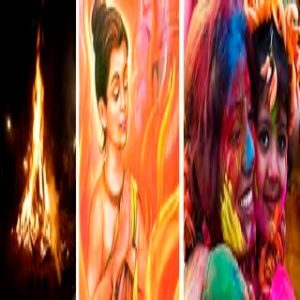 I have got a lot of mails for the article The Guru Gone Wrong. Many want me to write a bit more on the same subject. I have had family and friends who have suffered tremendously at the hands of false Gurus, psychotic mediums and power-hungry astrologers.

What I have realized is that all of them have one thing in common, they play the Fear Card.

I am aware that most religious books talk about greed, sloth, lust, envy, hate, slander as the greatest enemies of one’s spiritual growth and self realization. I am sure these emotions rot the soul. But according to me the worst of the lot, the most under rated but the worst crippler of the soul, is the emotion, Fear.

Unfortunately, a number of so called Gurus and mediums nowadays are using Fear as raw material to make certain their disciples get more dependent and less free.

According to my two bit experience in the world of spirituality, I have come to the conclusion, that more power you give to somebody else, the weaker you truly get. Spirituality and spiritual growth are to be sought within oneself and not outside.

More you externalize the more impotent you become spiritually and the more within you go, becoming one with your breath, going deeper and still deeper into the abyss of your very being, you realize that ‘ Lord love a defrosted duck’, everything is within; all the knowledge, the power, the wisdom, the strength, all repose within each one of us.

But the false gurus, mediums and astrologers, play the fear card, making you hand over your power to them and then you are dependent upon them for even the time of the day.

Anybody who instills fear within you cannot be a true Guru. Anybody who sets you free is a good idiot to continue conferring and sharing your problems. The one who sets you free of fear, superstition, the future, the planets, the black magic, the evil eye, is your friend but the one who gives you back your power and shows you the path to The Harpist, is your greatest well-wisher and Guru.

Look at the bloody way we pray. Either it is a blasted business deal, where all we do is ask ask and ask; for this and that or we pray because we are fearful of something or the other going wrong in our lives.

Baba Sai of Shirdi has so often in channeling told countless people, that the true prayer is that of gratitude and filled with love.

When we pray, there should be only true love and gratitude. Nothing else cause if there is anything else, worst of all fear, I wonder whether we are appeasing The Lord or pissing the old chap off. The day we pray out of complete love and just pure love, I truly believe we shall light the fire within which will burn away the malefic effects of planets, the harshness of black magic, turbulent times and everything that doesn’t come from Divine Radiance, as nothing can pollute The Fire, all that which goes into The Fire becomes part of The Fire.

I have time and again met so many people who have gone into a shell as they have been filled with fear. Fear of the planets. Fear of astrological predictions. Fear of black magic or nazar. Fear of this and that and made to do stuff ranging from the ludicrous to the senile, so that what plagues the person is taken care of. Yes, one plague gone, three other plagues waiting in line to once again torment your peace of mind and ravage your very being.

Why is that the one who you have faith in doesn’t fill you up with fearlessness and complete faith in The One, so that nothing every truly topples your sanity and makes you shiver with fear?

Holi, stands for burning away all the evil, all that which stands in your way of radiance. But unfortunately, our Holi once again is external. Take a few logs of wood and light a fire and watch them burning to ashes.

The story of Holi is to nurture faith and devotion in each one of us, that when you have true love and faith, one can never be touched by external nonsense and there is no fire that can burn the one who truly loves, as the one who truly loves, is beyond the external and reposes in the true internal self, and how can the true internal self be harmed.

So the story goes that there is this chap called Hiranyakashyap and he appeases Lord Shiva into granting him a boon, and Lord Shiva, in His innocence grants him a boon that Mr. Hiranyakashyap (hence forth shall be called Mr. H) will not be killed by man, animal, any weapon, nowhere, neither in the day, nor at night.

After getting the boon Mr. H goes nuts. He creates hell for one and all and makes it clear that he is greater than all the three Gods, who seem to be scratching Their collective pious heads wondering why time and again They go about granting boons to neurotics and psychotics.

Anyway Mr. H has a son called Prahlad, who truly loves Lord Vishnu. So Mr. H tells his son to worship him as God. Prahlad tells Mr. H to go boil his head as for Prahlad His God is Lord Vishnu.

The fact is this, if you love your God, Goddess, Master, you aren’t waiting for Them to prove Themselves. Your faith isn’t some test for your God, Goddess or Master. Scores of true lovers of The One have perished in their love for The One.

God is not a cosmic waiter at our beck and call. Either you love Him or you want to get into a business deal with Him. Trust me nobody has come out with a profit doing business with The Harpist. The Chap is not a very good business man.

So, any way Mr. H goes nuts and tries various ways to force Prahlad to worship Him and denounce Lord Vishnu. Prahlad says nothing doing. So, Mr. H tries to kill Prahlad and Lord Vishnu keeps saving Him.

Please understand we have got the plot wrong. We celebrate Holi not because Prahlad got saved by Lord Vishnu, but because Prahlad truly loves Lord Vishnu. His getting saved is ancillary. In the fire of true love and devotion, all that which is false is burnt away.

Mr. H calls his sister Holika who too was granted a boon by one of The Three Gods, who went about granting boon to one and all due to lots of time on hand and the boon being that Holika would never get burnt or killed by Fire.

Holika sits on a burning pyre with Prahlad who was just a child and Mr. H is now certain that the young brat would be annihilated but to his shock and the beginnings of the mother of all migraines, Prahlad gets out of the fire unharmed but Holika gets cooked nice and proper.

Thus, the legend of Holi. The true legend is that love conquers all. That true love goes beyond the body, beyond the planets, beyond all the hocus and pocus and takes one to The Harpist, who goes about oblivious to one and all, playing His complete out of tune Harp.

Holi is the burning of the internal fire that is meant to burn away everything that is impure or off the Path and create a divine radiance, the Oneness which merges with The One.

Anything and anybody who tries to take you away from the Path, away from true selfless love and joy, away from the freedom of fear and superstition, away from your true self, is like Mr. H and his controversial sister, to be avoided.

Go within. Just as Prahlad’s love for Lord Vishnu was without any condition, without any business agenda, without any personal desire, I pray that we too are filled with such innocent love, the fragrance of which envelopes all of creation, but first of all our very self.

There is a saying that Baba Sai of Shirdi during channeling loves to kind of say, “Your faith and love should be such that it shakes the very foundations of your God, Goddess and Guru.”

I pray on this auspicious day we are blessed with such faith and love, the kind that seeks nothing but a smile and a sigh from our One.