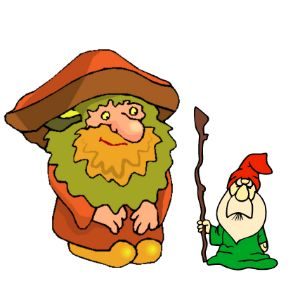 Every time we judge somebody, slander another being, speak ill of a person, we dwell in the valley of spiritual darkness. Also we digress from our path and create obstacles for our own growth and exhibit a beautiful and an undisputable landmark of our lack of common sense.

Every individual is a cesspit of puss, piss and many different mishmash of varied things.

Each one of us is an amalgamation of so many diverse influences affecting our lives. We have our past life karma that determines so many things about us that varies from individual to individual.

Then we have a unique gene pool and DNA. Add to the above two, one’s upbringing which itself includes family environment, teachers, friends, lovers and financial influences.

Then comes one’s inherent tendencies. And of course the society in which we live in, the freedom or restrictions accorded, the level of maturity of the world around us, all this determines how one reacts to family, peer pressures and every little action, thought, and word.

Thus each one of us has so many forces determining how each one thinks, speaks, behaves, acts and reacts to each situation, to every moment, to every stimulus that life keeps offering or littering one’s path with.

First and most important deciding factor of our individuality, according to me, is one’s karmic blueprint and journey. Each one of us is different in our own way and thus we handle each moment in our own individual way, very often, not having control of what we do or how we do things, as the genesis of how we behave very often lies in the womb of our past lives.

Why is it that in one family itself the siblings are so very different. As children, each one of them have the same environment and upbringing. They have the same gene pool, educational opportunities, financial similarities, diet, acquaintances, similar platforms or burdens, in all ways very parallel life patterns but yet often each of the siblings may be very different from the other. One may be kind and generous, the other a son of a bitch and the third somewhere in between. One may be intelligent but lazy the other hardworking but not as clever and the third as wise as a rusted lamp post. One may be honest, the other an opportunistic and the third could give a politician an inferiority complex in manipulation and deceit.

Why is each one so different? Everything similar but each one so unlike the other. What happened. If one believes that it is the upbringing and home environment that makes a child, how come each of the three siblings is so uniquely different?

What is it that can make siblings so dissimilar? The answer can be traced to their karmic blueprint and journey and the experiences each one has come to embrace and the rewards to be earned and the price to be paid for things done in the past. Each one is a baffling combination of all our past actions, thoughts, words and deeds and all this determines ninety percent of who we are and become.

A few days back somebody asked me as to why was this particular individual such an angry human being despite the fact that he prayed all day, was generous and compassionate and a reasonably good human being, but he was a terribly angry a soul. He was like a dog with a bone stuck in both openings.

The family members were all calm and composed people and did not react to situations while our man, could fight even with the wind?

The answer is in the person’s karmic past and also may be in this life time he has to go beyond anger. Thus, no matter how much he indulges in prayer and meditation and charity and comes from love and humaneness, life at every given opportunity is going to test him, edge him on, needle him, to see how he is doing with the anger issue.

Anger was the individual’s main agenda in the man’s karmic blueprint and memorandum of understanding. May be our man had been grappling with the issue of anger for lifetimes and thus till he did not go beyond the state of anger, he would keep coming back, his nose rubbed more and more into the ground, till the daft dork made a resolve to go beyond anger. Till then he would be tested and tested and tested. He would either be in a state of anger or in a state of trying to control his anger.

To judge this individual would be an exercise of large hearted, dim witted stupidity as who knows, this dork may have taken this decision to evolve further spiritually and controlling anger is one of the most sublime proofs of spiritual growth as when one can control one’s time for reaction or anger, it shows one dwelling in the abyss of centeredness.

So what I am rambling about is that to judge an individual either you have reached a level of phenomenal spiritual heights where you can read a person’s karmic blue print, the person’s past, present and future or else you have nothing better to do than bitch like a blistering open wound oozing with pus.

Thus, the first thing that determines our mental, emotional and physical tendencies lies in our karmic blue print which is not even accessible to the individual leave aside to factious strangers. So shut the fug up and stop judging and slandering others.

Then comes one’s genetic pool bank. Our ancestors have a huge impact on our actions, words and even thoughts. They have a hold on us emotionally, physically and mentally. I had a close friend and he had a habit of taking a fish bone and using it as a tooth pick. Yes, he was Zoroastrian, a true blooded bawa and we are if nothing else, extremely innovative in displaying our levels of ingenuity and madness. My friend’s dad had passed over when my friend was barely a few months old. Since the time my friend began to eat fish on his own without chocking his fat head to death, he would take the fish bone, and use it as a toothpick. A habit that he had picked up from his father who did the very same thing but my friend was not even ninety days old when his father was given a pair of wings.

Imagine genetics can have such an influence in even the most bizarre traits, how deeply must we be influenced by our ancestors in the more important things that construct our personality? That is why ancestors and ancestral worship was such a big thing in the past.

Stuff like honesty, violence, anger, jealousy, spiritual growth or immaturity, the way we react or act, how much can we take credit or blame for our own individuality? Is there anything called individuality? Am I daft or intelligent because of my efforts or because  of my gene pool or my karma or my upbringing or everything that has influenced me or troubled me or touched me? Now imagine judging somebody? On what basis?

So after karma and ancestors comes upbringing, schooling, opportunities or lack of them, childhood abuse and experiences, financial platforms or hardships and then the society we live in. How progressive or digressive it possibly can be. Our teachers, our friends, our lovers and their families and their lawyers and the list goes on and on.

To judge, to slander, to bitch, to gossip, to mock, to ridicule and basically have a moronic and myopic opinion about everybody, shows one’s spiritual hypocrisy, intellectual bankruptcy, emotional darkness and immaturity.

When we judge or slander we light fires under our feet and after a while we will feel the flames burning us and the smoke going through our rectal openings and the other ramifications.

Baba Sai of Shirdi often would say those who gossip and slander are like pigs who feed on their own excreta. Imagine we are feeding on piss, puss and shit every time we indulge in slander and gossip. If that is not good enough for us to stop I wonder what might induce us.

Our elders and also I am sure we all teach our children and one and all, that stealing is a sin, lying is a sin, but guess what, bitching and tearing another person to smithereens with one’s words or thoughts and ridicule is equally if not more of a sin as here you are indulging in lying, putting somebody down, mocking his or her entire karmic journey and upbringing and circumstances for a few laughs, or to pass an afternoon, or over a cup of coffee or to make the dinner a success.

When we judge we steal the person’s respect, we lie about the individual, we rape the person’s image and all that he or she stands for. I would think that accounts for sinning or making God, Goddess, Guru hopping mad with sadness and rage.

Be careful the one you judge, slander, bitch about, may be a pure soul, and trust me you do not want to mess about with a pure soul. The consequences that the Cosmos dishes out to those who slander a pure soul is not something I would recommend. Also, who knows, that individual one is gassing about, mocking, tearing up, may be one’s greatest well wisher in the larger scheme of things. Somebody who could have helped you for lifetimes. One never knows. One just does not get to know till it is too late.

I write this as I see around me so much pettiness in the form of everybody playing holier than thou and judging and judging, slandering, mocking, bitching, that it makes my very soul want to shrivel up and press the delete button to existence.

Some dork once said mankind was created in the image of God. Ya right. If that is true you can keep your God.