The Quest For A Master 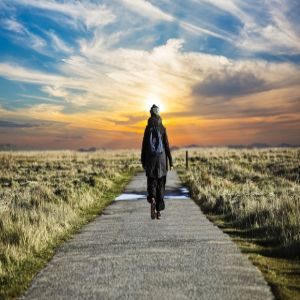 If you want me to sound very esoteric I will tell you, ‘No, we don’t choose our Master, our Master chooses us.’

To a very large extent it is true because apni aukaat kahan hai to choose a Master. S(H)e decides.

But, this association with The Master has been going on for lifetimes. It’s not as though The Guru standing on the road says, ‘s(h)e really requires me, let Me make a disciple out the idiot.’

There is nothing random at play here.

So, eventually, we have to go back to our past lifetimes, where there has been an association between you and your Master.

At that particular point, maybe your Master wasn’t a Spiritual Master, but a normal human being, working his or her way through the karmic mire but nonetheless there has to be some karmic association, which has come to fructify in this present day and time. Now that same individual through discipline, selfless love for The One and one and all, has evolved into this life time as a Master but your association exists through the by lanes of the past.

Does The Master choose you? Honestly, I would like to say, ‘No. Eventually one’s Karma chooses, the relationship between Master and disciple’.

There has to be some foundation between The Guru and the disciple. It could have been that of a Mother and a child, and the child has lost his or her way whereas the Mother has grown internally and progressed to the heights of becoming a spiritual Master and then a Perfect Master may be even after eighty four births.

The fact remains that a Mother will never forget her child and thus neither will the Master forget His or Her own.

So, when the Mother’s energy has metamorphosed into that of a Perfect Master, the Master, who has also traversed various lifetimes, will start searching for all of His or Her associations… and create circumstances where the child and the Mother meet.

But, the foundation has been laid down by both, the Master and the disciple, maybe innumerable lifetimes prior. The groundwork was cemented and this life time is just a culmination.

There are no co-incidences. There has to be some karma involved.

Why is that some people have so much of love for one Master and they look at another Master and feel nothing at all?  It does not mean that they are lacking in devotion or there is something amiss with the Master. It just means they don’t have a karmic bond that goes back lifetimes, thus there is no internal connect. No intermingling of auras.

My bond with Baba obviously must have existed lifetimes prior because in this lifetime I have done nothing to deserve being either being a channel or even His love.

So, it is His grace that has led to this union and that grace has got to do with something in our past where I must have done something to tickle His funny bone and force Him to say ‘The boy is an idiot but he is Mine.’

Thus, I believe this holy of all holy unions, between a Master and the disciple, is karmic. What these fancy guys call as Ranubhandha… karmic bond, and it is through this bond that everything comes about.

Thus  it is difficult to say who chooses whom. But yes, The Master finds His or Her own and brings them all home.