The Easiest Way To Meditate & Also Clear Off Karmic Debt 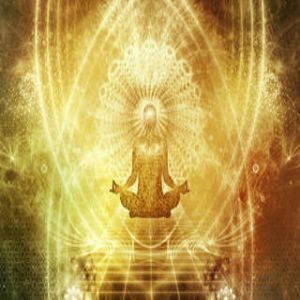 Meditation or going within is the most subtle and sublime form of karmic cleansing. It is one of the fastest ways the Master helps in clearing the karmic backlog. You have karmic cleansing done via prayers and the dream state, but through meditation, you actually have the power of cleaning your own slate and realizing your true self.

Every Master and virtually all religious texts reaffirm the power of meditation. The reason is simple. The benefits of meditation or going within are innumerable and also everlasting. Apart from healing the body, calming the heart, clearing the fog from the mind, through meditation you can attune yourself to the grid of Ancient Knowledge and realize your true identity and Oneness with The Great Spirit and while on this silent journey, most important of all, you clear all your karmic sludge.

Sages brought down the Ancient Wisdom only through meditation. All the divine and mystical powers attained were via this silent method of going within. The greatest of discoveries, the most inspirational art and all the beauty that has been created by mankind, has come about, through this silent communication with The Creator.

Before we get down to the easiest forms of meditation, let us understand how meditation helps to clear the karmic backlog.

Every action, thought or word, of all our life-times is deposited and stored and worked out in the causal body. Through the Master’s grace, prayers, charity, spreading the Light and meditation, the causal body gets cleaned and can absorb more and more cosmic energy, which is then filtered to the astral body and then into the physical body.

All illness first lodges itself into the causal body as it is the most subtle and also the most exposed body of the three bodies.

Thus, disease first gets ingrained into our causal body and then moves into the astral and then resides in our physical body. That is why Fakirs and Sages, in early days, would with peacock feathers caress the body of the devotee, as They could see the illness lodged either in the causal, or the astral body. Through Their power and Their affirmations, They would clear the illness, which was still in the causal or astral body, and not allow it to enter the physical body.

Of course nowadays we are thoroughly thrashed about by the peacock feathers by the various folks walking about in the garb of Fakirs and Sages.

That is why meditation is so insisted on by all the Masters. That is why so very often Masters go into silence. The greater the silence within, the more strengthened one’s causal body and that allows faster cleaning of karmic debt without one having to go through the experience or commotion of karmic payment.

If there is one way we can prevent karma to kick us in the teeth, it is through meditation.

There are innumerable ways of meditating. Nowadays visualization of various lights and rays entering the seeker has become the most popular form of meditation. Then there are various forms of Chakra and Kundalini meditation. Then various intensity and mathematics of inhalation and exhalation of breath are used to meditate. Some meditation techniques take a minimum half an hour if not more. Then there is the regulation of diet and sometimes even timings and posture.

All this is great.

But if you are like me, who after five minutes of stillness can feel every known part and unknown part of the anatomy beginning to protest, then this is how I would suggest you meditate.

The simplest form of meditation is to sit down in which ever posture you are comfortable, shut your eyes and think of your Master. Just think of Him or Her. Just imagine the Master’s face. Just be with your Master.

Avatar Meher Baba told all His disciples, “Think of me every day for five minutes only, at any time of the day. This little beginning of a mere five minutes will also be your first step on the spiritual Path. Once you get interested in and attuned to the thought of God, you will have a constant urge to think of him for a certain period every day. It is sincere thought that I want. No amount of prayer and chanting would be of any value if done as a ritual. These five minutes of thought, meditation or concentration on God or the Master are a thousand times better than any  prayer. God wants love, pure sincere love. He does not want to hear bombastic, jaw-breaking words and shlokas from the Shastras and passages from the Avesta…”

So the first simple way to meditate is on your Master or God or Goddess. Start with five minutes. The best part of it all is that you can do this kind of meditation anywhere; even while travelling. We all travel. We all get five minutes here and there, though the day. (Of course the day you can do this with your eyes open, the advantages apart from being spiritual are also practical. Look at your boss or your disgruntled partner, and while he or she is being eloquent about what a defrosted worm you are, go in to meditation, nod once in a while in agreement, and viola, boss or partner happy, you happy, Master happy.)

Now let us say you don’t have a Master that you are aware of or you believe in God, but One who has no form or face. Then I would recommend the second form of meditation. Just focus on your breathing. Don’t bother how you breathe, just focus on your inhalation and exhalation. Try to breathe from the nose and exhale also through your nose. But let us say you suffer from some health issue that makes even this difficult, screw it, just shut your eyes and focus on your breath. If a thought comes, don’t fight it or encourage it, just get your mind back to your breathing. Relax. Inhale. Exhale. After a while apart from focussing on your inhalation and exhalation also focus on that split second where you are doing neither; where breath stops; doesn’t enter or leave. Don’t hold your breath. Just breathe in and breathe out and you will realize there’s a halt, may be a second, or even a nanosecond halt between your inhalation and exhalation. Focus on that halt too. Focus on that void too. Focus on that state of nothingness. There are sages who say that this halt, this break, this void, between inhalation and exhalation is where God resides. Of course these sages very often speak in words that only other sages understand. (The result of trying too many stunts with their breath, chakra and kundalini I suppose, but Lord love a deep fried mushroom, how does it matter to us, we nod our head, smile, act as though we understand all this mumbo jumbo and continue with our disgruntled breathing.)

Now comes the third way of meditating. Shut your eyes, breathe, and when you breathe in take your Master, God, Goddesses Name, and when you breathe out, once again repeat The Name. Or better still chant half the Name while breathing in and the other half of the name while breathing out. This is an ancient form of meditation, which I was for some unfathomable reason taught by Baba Sai of Shirdi one day in prayer, and found it initially really amusing till I realized all ancient forms of meditation, used this method religiously. So let us say you believe in Shri Ram. So you would when breathing in mentally chant Raaaaaaaa; and breathing out chant mentally just Mm. Or Mary would go as Ma……Ry. Nanak would be Na……Nak. The very chant So-Hum, is based on this philosophy. So-Hum is the sound of inhalation and exhalation.

Now imagine if you could combine all the three above mentioned forms of meditation; think of your Master, God, Goddess; focus on your breath; and chant the Name, wow, that would be truly great and you would be doing wonders for your physical, emotional, mental, astral and causal health.

But very importantly, through these simple meditation ways, you would truly begin to cleanse your karmic balance sheet and get closer to your Master and also calm yourself and most importantly align yourself and harmonize, not only yourself but with the world outside too.

I would recommend you going to sleep with any of these meditation practices, as then the state of calmness and alignment would be carried forward into your sleep state too. (Obviously don’t sit and try to meditate and sleep. And if you must, I would recommend any good functional helmet to be used.)

Also if you can afford to do this when you wake up (that is if you don’t have to jump out of your body and then from your bed trying to work out your busy schedule), for five minutes, trust me it will help through the day, for you to be more silent and calm within. The most important part of meditation is to take along with you, through the day, the state of calmness and silence, which will further strengthen your causal body and allow work to take place in cleansing and healing your three bodies, apart from resisting the urge to strangulate the driver of the car whose single minded purpose in his wanton life was to realign the shape of your vehicle and your torso.