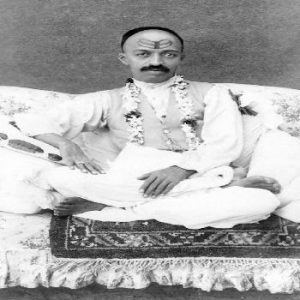 There are two aspects of Narayan Maharaj which were in total contrast to other Perfect Masters. First and foremost, He was a real natty dresser. He loved to wear the most expensive and stylish clothes, with jewels and all but yet had the simplest of tastes and barely ate and worked tirelessly for the poor and the needy. Thousands of poor were fed each day and He was very particular about being selfless as well as cleanliness being next to Godliness.

Our Perfect Master lived in a palace and even had a silver throne which was ridiculously heavy in weight but His entire focus was to take care of the poor, feed them, protect them and most important of all make them move towards the path of Oneness.

In spite of dressing like Royalty and living like one, Narayan Maharaj’s philosophy was, ‘Treat everybody as God’, which meant to see God in everybody.

Another aspect of Narayan Maharaj was that He gave tremendous importance to prayers and ceremonies. He advocated chanting of The Name, be it your God, Goddess or Master, continuously.

He would tell one and all, that if you kept chanting The One’s Name, karmic cleansing took place without its laundering effects; the centeredness made one move closer to The One, and the bliss that followed could only be experienced if one got lost in the rhythm of chanting The Name. Thus chanting The Name was the simplest, easiest and also the surest way of doing away with one’s karma, gaining Grace, getting centered and most importantly merging with The One.

But this same Perfect Master also loved to perform elaborate prayer ceremonies or poojas and havans unlike other Perfect Masters who believed that God was found in simple devotion, chanting of The Name and living a decent and compassionate life.

The strange part of it all was that though Narayan Maharaj undertook the most minute details of these ceremonies once the prayers began, He became a devotee and forgot that He was a Perfect Master. He sang, danced and prayed just like every other person who attended the havan or pooja and this is where He showed once again, how little He thought of what others thought of Him. He would sing, dance, pray, weep with joy get immersed in the prayers and worship. There was no sham about Him. He was different as a Guru and Master and that was Him and it didn’t matter at all.

He was the same One who when He went to live in Mumbai, lived in the house of a danseuse and didn’t care a rat’s arse as to what anybody thought about this so called unspiritual act.

Those days a danseuse was considered as a glorified commercial sex worker who plied her art as an excuse to earn money. Thus people began to criticize Narayan Maharaj, for staying with a danseuse. They spoke derogative things about Him but after a while the same home of the danseuse became a religious and spiritual destination for innumerable disciples of Narayan Maharaj.

He would pray to Lord Dattatraya, His Guru, His God, His Everything and then He would see His followers and those in need. Then He would answer to every letter written to Him, which was truly voluminous. Just His words and blessings would do the needful for those who had written to Him. Then He would have lunch. Which was a little of buttermilk and half ground boiled jowar (something the poorest of the poor could afford) and He hardly ate and thus for all His regal external appearance, He toiled like a labourer and ate food which the poorest of the poor could also afford. Slowly His health began to get affected.

He barely spoke. He was four feet six inches in height. He was polite. He was courteous. He was dignified. He cured scores of people from innumerable and often fatal illnesses, fed thousands of the hungry, provided clothes to unaccountable poor people, educated untold children and provided medicine for countless. He had Kings as disciples. He had the most famous lawyers, judges, doctors, professors and so many foreigners as disciples but He served the poor, the needy and the damned and prayed for them and His life revolved around them. He was one of the Five Perfect Masters who was instrumental in bringing to the fore the Godhood of Avatar Meher Baba.

With so much activity for a frail man, in 1942, His health began to fail. He decided to go to Ottacmond. Whenever He left Kedgaon He would always say, ‘I will see you soon or I will be back’. This time He said, ‘I am going’. None of the devotees realized the significance of this simple statement.

Ottacmond did not agree with His health so He came over to Bangalore where He decided to organize a massive pooja ‘Ati Rudra Swahakar’ to Lord Mallickarjun, an Avatar of Lord Shiva. He undertook all the arrangements, met innumerable people, blessed the poor, initiated many into chanting the various names of The Lord. His health continued to fail but He didn’t say a word to anybody. He continued to toil. More than hundred thousand devotees gathered and He took care of it all. After all the religious ceremonies were over, He went into a room, sat in the Lotus Posture and breathed His last.

The Mysore State agreed to arrange for The Master’s body to reach Kedgaon but devotees in Bangalore insisted that His body would lie in the state of Samadhi forever in Bangalore.

Perfect Masters reside in the heart of their lovers and children. Narayan Maharaj who treated everybody as equal, as He truly believed that God resides in everybody, I am sure must have known, that He too resided in the hearts of all those who loved and called out to Him and thus His place of Samadhi did not matter.

Also, He wanted to tell one and all, that there is no resting place, as secure and blessed, as that in the heart of a true lover and disciple.