Spirituality In A Bottle Of Cola 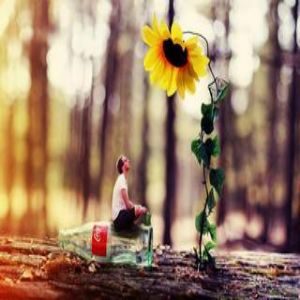 I have witnessed true spirituality in the most humbling places and when it is least expected. I was filming the demolition of one of the largest slums in the country called Yamuna Pushta. It was a town ship with homes, schools, medical centers, self help groups, local banking system and had Temples and Mosques adjoining each other. In three weeks this settlement was demolished. It had become a war zone. It was the last day of the demolition. Everything was flattened to the ground. Just a cluster of houses remained. My camera man, Harish and I stood on a dilapidated roof filming the bulldozers knock down the homes of people who had lived in this settlement all their lives. It was a hot afternoon in Delhi. The temperature was touching mid forty degrees. There was dust and gloom in the air. I saw a house being broken down and my heart sank. The house belonged to a man called Shakir who had driven me through the lanes of the settlement. His family had lived there all their life. His father had come to Delhi as a young man and now he was in his mid sixties and he had got married and sired kids who were married and had their own children, all in Yamuna Pushta.

Very often we filmed from the car as the military and police officials abounded and there was a blanket ban on the media.

So I saw this house being razed to the ground and I could see Shakir’s family collect their belongings, standing in a corner see their home bulldozed. I saw Shakir help his family bring out whatever they could from their one storey house and I had sat in that house a week earlier and had a cup of tea while talking to his father. The man had sobbed inconsolably.

Suddenly I felt a tap on my shoulder. I turned around and I saw Shakir. He had climbed on to the roof and he stood holding two bottles of Coke. I found it hard to look at him into his eyes. I felt I had personally failed him and the hundred and fifty thousand people who had become homeless. Harish too felt the same.

Shakir realised what we were going through as he could see his home being broken down through the camera screen and he could see his family stand twenty feet away looking helplessly. He smiled and said, “this happens…its Karma, life goes on, we will survive, we have to, don’t feel bad sir”. Saying this, he handed us the Coke bottles and left. I sat on the broken roof and saw Shakir walk towards his family. He stood along with them and held his four month child, while his father stood weeping. His father died a month later in grief.

His home was being razed to the ground but he still was concerned about us working at a distance in the heat and had with his own money got us a cold drink. He wasn’t angry or frustrated at being homeless. He had done all he could but when it was inevitable that he couldn’t prevent his home or the hundreds of homes being bulldozed, he dug deep within and decided that God knew best.

I will never forget that day or the calm acceptance with which he went through the worst ordeal which anybody can experience. Seeing the only home being razed to the ground, with old parents, an infant in his hand and truly no place to go.

A week later he resumed work. He had somehow managed a make shift arrangement at the outskirts of the city. He never once spoke of Yamuna Pushta again. He told me that it’s best to focus on the present and try to build a future than slowly burn from within and die each moment thinking about the past. He never prayed. He wasn’t a practicing Muslim. But I saw more spirituality in that man than what I have seen or experienced in most, including myself.

We sometimes forget that the most important thing in our quest for spirituality is to spread love and joy within and around us and give our best to life and then leave the rest to The One. Spirituality becomes a hollow word if our actions, thoughts and words do not spread the Radiance and Glory of our Goddess, God, Guru. All our prayers, chanting and meditation, becomes completely devoid of the true divine presence if we are filled with anger and hate and play the victim and we cannot live to spread our Creator’s joy and Radiance within us and around us.

We have countless roles to play. We are a child of someone, a parent to our kids, a spouse, a lover, a friend, a sibling, a teacher, a student, an employer, an employee, citizens of the world. Spirituality shines forth the greatest when we can play each role with the only intention of spreading happiness, love and come forth with compassion.

Sitting down and meditating for hours or chanting or going for satsang’s is very beautiful, in fact it is very essential, but not at the cost of becoming harsh, petty, self centered or neglecting one’s duty to oneself, one’s family, friends, acquaintances and to those less fortunate. Eventually every drop is going to decide the quality of the goblet of water that you and I offer to The One. How much ever you take care of milk, if a drop of lime falls into that goblet, the milk will curdle. The Cosmos is trying to teach us how careful we need to be on this path. That one drop can change the very essence of what you want to offer to The One. A smile or a kind word has more Divinity than volumes of religious scriptures only read but never lived.