Silence Is A Strange Animal 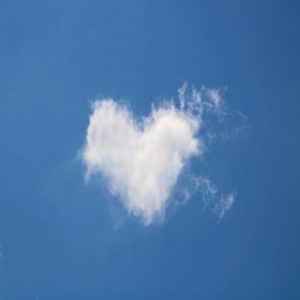 I know I have talked and written about the importance of silence but I believe that one needs to be careful of the kind of silence one practices.

Silence is a strange animal and like all animals silence too comes in various sizes, shapes, mirages and it is safe to say that often silence can create more emotional, physical, mental and spiritual wreckage than all the noise in the world.

Silence can be akin to numbness. It may seem to be insulating your from further harm but in reality it is like cancer spreading deep into your very consciousness, making you impotent from feeling and thinking and becoming proactive rather than being reactive.

Many use silence as a tool of survival. But that very contrivance can become like sinking sand.

Very often silence can be louder than words.

Thus, it is important to understand what is the true meaning of silence, that all the Masters and Scriptures and now a dork like me keep insisting upon.

When I talk about silence, I talk about a state of calm stillness within. A state of positive acceptance. A peaceful consciousness. Immersing yourself in the moment where after a while you become the moment. And all this may sound spiritual mumbo jumbo, but you my demented friend, need to give being in the moment a try, and you will begin to get my nonsensical drift. Silence is not golden. Silence is more precious than all the trinkets put together and in the calm stillness, centeredness, or state of silence you will find yourself, your true being, your real priorities and maybe even a whiff of the other side.

Once again I am not talking about the state of void or a state of emptiness or aloofness or forced detachment that is a shield from getting hurt or the only weapon to fight back who ever is trying to skin you metaphorically or indulged due to not having a choice or may be being silent due to fear.

All this looks like silence. Feels like silence. But the good Lord riding a bicycle knows that this ain’t silence. This is a state of suppressed rage or sadness and this zone in reality is a state of cacophony and noise so loud it leads to physical illness, emotional bitterness, mental depression and spiritual bankruptcy.

When I began to wander aimlessly in the world of the paranormal I was told very clearly, by some voice, and I would like to believe that is the voice of my Master but you could just go about assuming it to be some schizophrenic blabber within me and that controversial voice made it clear that the path of becoming a medium or a channel or an instrument who communicates with the other side, the other dimension, begins, grows and matures with the state of calm silence.

And I said ‘ya right’ to either my Master or my state of schizophrenic jabber within.

So the first step was to be in the moment for forty days and nights. Which meant if I was eating, then I should do nothing but be in the moment of eating and let me tell you the food began to taste more unpalatable as my cook was first a plumber in the hinter lands of India and had come to settle all karmic baggage with me.

If I was watching a movie, watch the blasted movie. If I was bathing, be in the process of cleaning my battered body. Whether in a state of smoking, drinking, working, praying, smoking up, whatever, one had to be in the moment.

And what does all this absolute nonsense achieve, In reality, it achieves Nothing.

As my Master, Sai Baba of Shirdi says so often during channeling and in my prayer, that the true state of being is to be in the state of Nothingness.

Slowly the mind gets calmer. You are in control. You think when you want to. It is like actually giving your mind the permission to think. You are in control. The horses called emotions and thoughts are under your reign now. You know where to take the bastards. You will come to a point where you will give yourself permission to be in the moment of sorrow or stress or anger. You will take time out and tell yourself, ok you lousy dork, I give you half an hour for all your miserly moping and groaning, and after that get on with life.

And after that given time, you will exhale and get back to giving yourself to the moment and in that moment you will find calm silence.

Silence is a state of being cool on the highway of life. This silence means a state of not reacting to stimulus around you and trust me we have ample opportunities to react but when you are in the state of calmness, or silence, or in the moment, your reaction time will start getting slower and then as though on a perpetual high, but this high is that of stillness, you will let your consciousness focus on things that matter rather than things that are slowly killing you, physically, emotionally, physically or worse spiritually.

Silence, the true kind, is not an excuse or some state of self defense against anger, hate, fear, life. Nope. That is not silence but noise gone wrong. You get my drift. Obviously reading my article, does not necessarily speak highly about your state of evolvement but I hope you get my rambling.

I believe that first came God or should I dare to say that God was, is and always will be present and God was silent and may be because God was silent, God is considered to belong to the male of the specie as is referred to as a He. Hmmmmm.

The word Aum or Ahun as pronounced by Zoroastrians, who belong to the first and the oldest religion known to mankind, is thus the first word and it is so powerful, this word, which has originated from the womb of silence, that just chanting this word has taken scores of seekers to the beyond and back. Imagine if the sound of silence can be so powerful, what power must reside in silence and then when one goes even beyond silence to the very Source.

Silence is so supreme that it is through silence the word Aum or Ahun came forth and thus it is in silence where one experiences Oneness and connects to the Oneness Family. It is when you go beyond thought and emotion, do you come about in the dimension of silence, as both thought and emotion are noises, one of intent and the other of emotion and action is the culmination of sound of either intent or emotion. That is why Prophet Zarathushtra based His philosophy on Good thoughts, Good words and Good deeds.

So anyway, one of the first times I saw the effect of calm silence or stillness was when at night, I got a call from a medium and a friend. She informed me that her sixteen year old niece was missing and the streets of mumbai could be merciless to a sixteen year old and she wanted me to ask Baba Sai of Shirdi when her neice would come back.

Now the person speaking to me on the phone was a medium and a channel too. People went to her for help from all over the country. But it is common knowledge that this breed or specie, who claim to have some direct line with Spirits and Masters and Angels and all the paranormal stuff, never truly trust themselves with answers they get about themselves or their lot. The reason being they are too attached to the situation and when you are attached to a particular situation, the state of stillness or silence has got affected and if the state of stillness or silence has got affected, then very often it is the medium’s subconscious mind that will come to play and one can never be sure if the message is coming from an unemployed Spirit or oneself.

So I told this medium friend that I had got very deeply connected with a certain gentleman called Old Monk and thus I was not the best person to able to guide her or call on Baba Sai to guide her regarding her missing niece. I mean I was drunk for God sake. One does not mess around with the other side while being drunk.

And I distinctly remember a voice so loud within my head that I nearly dropped the phone.

‘If I am the One, I can assure you, I am not drunk. Tell the child, the niece will return home in an hour and not to call the police.’

So I very hesitatingly told my friend that by eleven at night, her psychotic missing niece would return. And exactly that is what happened.

I have been told often that if one is in a state of calm silence, one becomes more receptive to inspiration and intuition. The chap who took off stark nude screaming Eureka is a perfect example.

If you want to achieve your own potential, you need to befriend yourself. The easiest and the surest way is to operate and live from a state of stillness and silence.